I Use Sun Protection as an Excuse to Cover Up at the Beach | Milk Blog
Please click here for a note on our shipping.
Free Shipping on all $30+ orders. 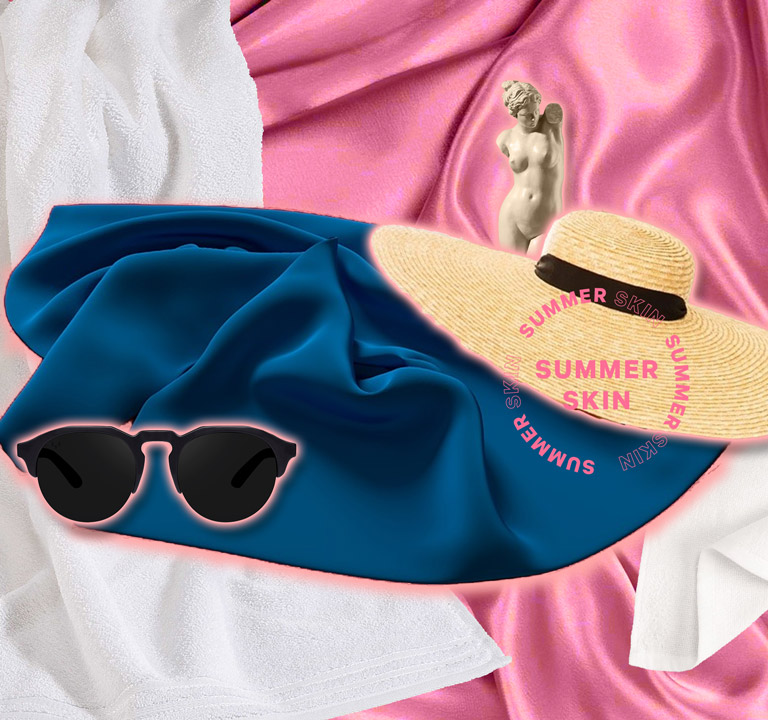 I’ve felt uncomfortable at the beach for a few years now, but my descent into covering up my body to hide that discomfort has been subtle. It started slowly — I gave up string bikinis in my early 20s. I’d been a party girl in college, and the evidence of that had settled around my midsection after graduation, so I no longer felt comfortable exposing my body in the sand. When high-waisted brief bottoms became popular, I bought them en masse. Two years ago, I bought my first one-piece. And during my first trip out to the beach this summer, I slipped a silk button-up over my shoulders, feeling comfortable at the beach for the first time in a long time.

When people ask me why I cover up on the beach, I give the excuse of sun protection. After spending my teenage years tanning myself crispy, I’ve made the decision to slather on the SPF 50+ and cover up spots that tend to get burned. “A one-piece helps protect my midsection from the sun,” I explain. “That button down I toss on does the same thing, too.”

It’s partially true — after my mother had a cancerous mole removed from her chest a few years ago, I’ve been more mindful of protecting myself from the sun. But it also gives me an easy out. I don’t have to tell people that I cover up at the beach because I feel uncomfortable with my body.

We live in increasingly body positive times, and that’s an incredible thing. People are showing off their bodies regardless of their shapes and sizes. We’ve started to reject the notion of a “beach body,” and folks have given themselves permission to wear whatever the f*ck they want. These things are all incredible — but they also add a lot of pressure. No matter how positive I try to be about my body, I can’t bring myself to get there. My body has changed in ways that are out of my control, and I haven’t figured out how to cope with that yet — let alone embrace these changes.

So while I am a true believer in body positivity, I can’t get myself to be positive about my own body. That makes me ashamed. I feel like there isn’t a place for me to talk about the uncomfortable feelings I have with my body, because that would run counter to being positive about my shape. For all of its benefits, the body positive movement hasn’t given us a roadmap for how you get from not liking what you see in the mirror to loving your shape. So instead of telling people that I’m covering up in order to hide the fact that I don’t love the way I look in a bathing suit, I tell them I need to protect myself from the sun.

As you can imagine, I’m not alone in this. I sent out a call on my Instagram and Twitter to see if there were women who felt like me — that the sun was their way out of exposing themselves on the beach. A handful replied, saying that the sun was their number one excuse for covering up at the beach or pool. “I always used to say things like ‘I don’t like the heat’ or ‘I don’t want to burn’ — even though it’s difficult [for me to burn] since I have darker skin,” wrote one woman. “I’d say that the sun gives me terrible headaches and that I didn’t want to wrinkle.” Another wrote that “over the years, clothing has become my armor or protection. I’m really attracted to vintage two pieces from the ‘60s because there is a lot of coverage.”

She also writes that this covering up doesn’t happen at home — which is something I can relate to. “I’m practically a nudist whenever I’m home,” she writes. “But there’s something about revealing myself to the public that really trips me out. I sort of dread summer because I totally need to rethink my wardrobe.” I agree with her there. I actually feel like I look better naked than in clothing. But put me in a skimpy two-piece and throw me on some sand, and my confidence shrivels into nothing. 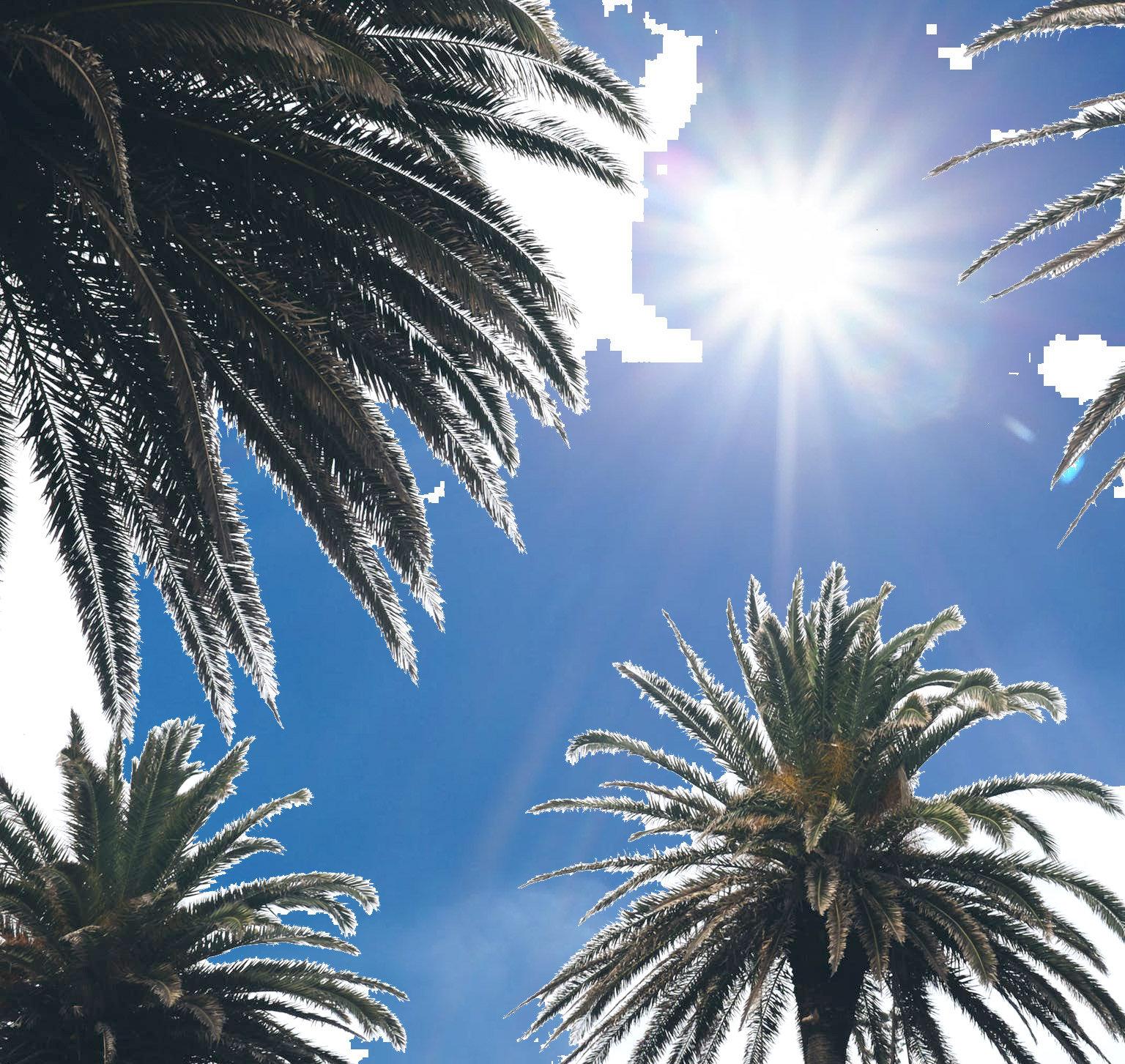 According to Taitz, the best thing I can do for myself is practice forgiveness. “Women need to let go of the ‘shoulds’ and recognize that the feelings you have about your body are valid,” she says. But she also says I shouldn’t keep my discomfort from doing the things I want to do — which, in my case, hasn’t happened. Once my discomfort keeps me from going to the beach, then, she says, it’s time to figure out ways to overcome the negative emotions around my shape. For a lot of people, that means therapy. Others respond well to positive thinking and mantras.

This is the first summer I’ve really tried to grapple with these feelings, and it’s been difficult, to say the least. It’s not a topic I discuss openly with friends and family. Having done a good job thus far of surrounding myself with positive, supportive friends, they tend to fall into the ra-ra “love yourself!” rhetoric that is difficult for me to accept when I’m feeling down. And I haven’t figured out a way to communicate to them the kind of support I need without sounding body negative. My mother, having come of age in the ‘80s when Jane Fonda reigned supreme, tells me to be proactive about it.

And yet, I’m someone who loves the beach and being near water. It’s one of the things that truly brings me joy. Luckily, that fact so far has been something that has kept me from ditching beach trips with other people. I haven’t gotten to the point where I’m saying no to things because of my body. That doesn’t mean I don’t avoid all mirrors when getting dressed for these trips. But the second I’m on the beach, near the water, I’m able to focus on that, which helps distract me from the negative thoughts I have about my body. I’m working on trying to find those distractions away from the beach, too.

But in the meantime, Taitz says it’s important to recognize that I’m not always going to love my body — and that’s okay. “Just wear what makes you comfortable,” she says. “And remember that you don’t owe any explanations to anyone.”

How To Deal When You Get a Sunburn

Watermelon Is Going To Change Your Skincare Routine