9 Women Reflect on Last Year’s Women’s March | Milk Blog
Please click here for a note on our shipping.
Free Shipping on all $30+ orders. 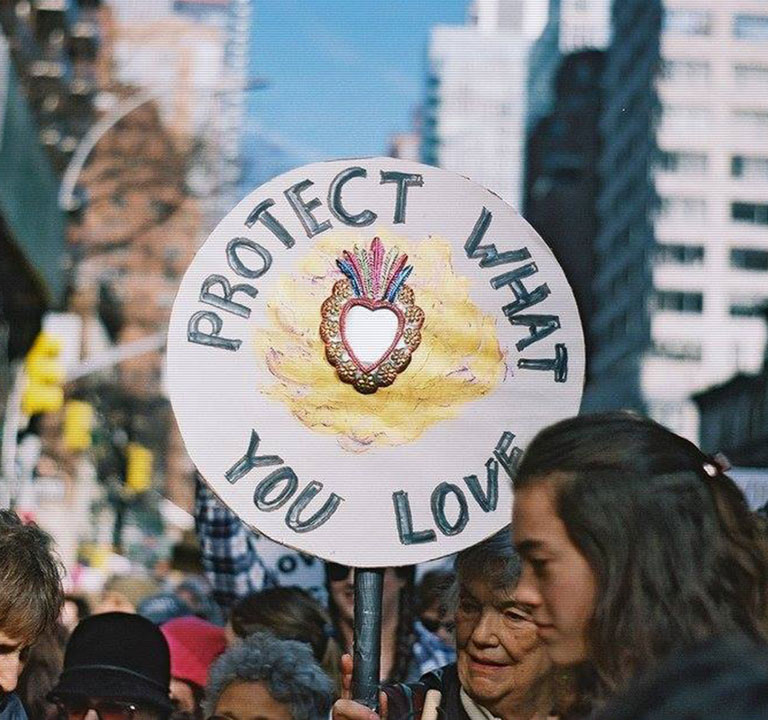 It’s crazy to think we’re already rolling up on the one year anniversary of the powerfully monumental Women’s March. We can all agree, as Frank Ocean eloquently put it, “that’s a pretty f*ckin’ fast year flew by.” I can still feel the potent energy of that day. With brilliant signs in hand and passionate chants, women, and people of all genders and backgrounds, came together to celebrate womanhood, and fight back against the inequalities and atrocities that unfortunately often come along with it. There were so many negative events that occurred throughout 2017, and, at times, many of us felt defeated. But if there is one thing that we should all be grateful for, it’s knowing that we are able to peacefully come together to rally for what we believe in and what should be considered common sense and human rights. That’s exactly what happened on January 21, 2017 when almost 4 million women all over the world — from D.C., NYC, Chicago, and as far away as Europe, South Africa, and South America — joined as one to have their voices heard. To celebrate the one year anniversary of this milestone event, we gathered ten thoughts from ten different, innovative ladies of all backgrounds, sharing their perspective on last year’s movement. Unfortunately, there’s still so much we must do to get what we deserve, but luckily, the Women’s March is happening again this year. So, if you missed the triumphant moment in 2017, or you’re ready to keep marching for round two, join us in NYC on January 20th at 11 am, starting at 72nd Street and Central Park West (register here), or find more info about your local march here.

“Last year I marched in NYC with my girlfriends. I marched primarily to take a stand for the women I love and for all those who face way worse obstacles than I do. It impacted me in that I really felt like I was a part of something enormous and special, but also to see the paradox in how our country responded to this kind of march vs. many of the BLM (and other) protests that happened prior to this.”

“I marched in NYC. I marched to protest Trump, and to rally for women’s rights, reproductive rights, and equality. It was so empowering to see both men, women, and children spanning every age and every ethnicity flooding the streets of New York City. New York is very much a survival of the fittest type of city; the strongest survive, and many times it’s every man for himself. To feel that type of unity is so rare, and to look to your right and have someone rubbing your back, or sharing a smile, meant everything in that moment. It showed me that women are so damn powerful, and when we need to show out, we do, and we don’t hold back! Now that we know we stand in solidarity, it’s about affecting the policies and being effective in a real and tangible way. Women are entering a new phase of activism, where we realize that we haven’t achieved equal access to the same rights and privileges as men — and this is our time to claim that.” P.S.- be sure to check out the I am Woman Project, an empowerment platform started by Kitty herself.

“I went to D.C. to cover the march for Galore Magazine. I was mostly interested in seeing what attendees thought the March’s mission was and how a protest of this magnitude would be handled by authorities. The march itself didn’t have as much of an impact on me as the reactions to it did. As a woman of color, it was polarizing to see how cops stood by facilitating this peaceful environment in comparison to how defensive they are when it comes to POC-lead protests. Also, seeing responses to images circulating online from the march proved that WOC are expected to show up and show out solely because they are women, while our issues are acknowledged, but not seen as a priority. I will most likely attend the march this year here in NYC. I definitely believe showing up in numbers speaks volumes, but I felt like last year’s march tried to cover so many issues that its purpose was stifled. I haven’t seen much action following this march (or directly linked to it) and that’s central to making strides in any movement. I hope this year’s march can solidify an agenda to tackle specific issues, ultimately working toward achieving the movement’s mission.”

“Last year I marched at Washington Square Park with a bunch of friends. We were shooting Resist/Persist tees for the Fader, and one hundred per cent of the proceeds were being donated to CAIR National, “America’s largest Muslim civil liberties and advocacy organization.” The energy felt so united and filled with acceptance. As the speakers said their truth, there was nothing but love and support from the crowd. I was moved to tears by some testimonies and cheered them on, feeling so inspired. There is so much power in being a woman, beginning with owning our sexuality, intellect, duality, etc. There is no standard for being a woman or any gender/identity, and that is the beauty in it all. I also loved the handmade signs floating above the crowd (my friends and I made some, too) — nothing but self-expression and real heart truth that day. I hope those attending this year and in the years to come will feel the sense of unity I felt. I hope they will feel inspired and know their power as a woman or other individual. I wish that those who are close-minded will open their minds and realize that as women we can be whatever we want. I hope that they give love and respect to each other as well as encouragement. Women unite.”

“I marched last year to be one more voice, one more body, one more supporter, one more woman to push the fight for equality forward. I marched uptown with a large group of friends that included girls and guys. To be honest with you, I cried several times. It was so moving to see many other women fight for the same things I want to fight for.”

“I marched in Washington D.C. with my mother and some friends. It made me feel hopeful that a small group of organizers were able to come together and put on something so momentous and internationally significant. It was very emotional to see people of every gender coming together to show solidarity across racial groups, socioeconomic status and even political ideology. Although in other circumstances we might have had differences, for this day, we put all that aside for a larger purpose, and that was powerful to see in action. I am almost positive that I will march again this year, but I have been asking myself the very important question of what I hope to achieve. I still feel as though this movement is evolving and trying to find its place within the Democratic party (or if that place even exists). I wish there were clearer objectives to some of us marching in terms of actionable steps we can take to resist. There is an amazing e-mail group I subscribe to called ‘Two Hours a Week’ and they provide targeted actions of resistance as well as highlight different (and often underreported) issues every week, which I find very helpful and also very manageable. I hope that everyone realizes what their individual voice can achieve when spoken in unison.”

“A display of organized resistance is vital, even if it doesn’t have immediate consequences. I marched in Los Angeles. The march lessened my own sense of isolation and hopelessness.”

“I marched in D.C. and a week later in NYC. I had been in an abusive relationship and felt like one bad thing was happening after the next, so I was fed up. I knew a lot of my strong female friends were feeling the same, so we decided it was a great way to have our stories heard. It was pretty overwhelming in the best way. To see so many strong women uniting to have their voices heard made me feel like an important part of a larger whole. I’ve always been very vocal about my thoughts and opinions but after seeing how many women came together it gave me even more confidence in my voice. Living in NYC where one constantly has to hustle in order to stay afloat makes it hard to plan your time, but I definitely think it’s important to make time to take part in such a major movement. I hope to march again this year and to surround myself with even more badass females and let the world know that we all matter and that our voices together make one big ass impact.” 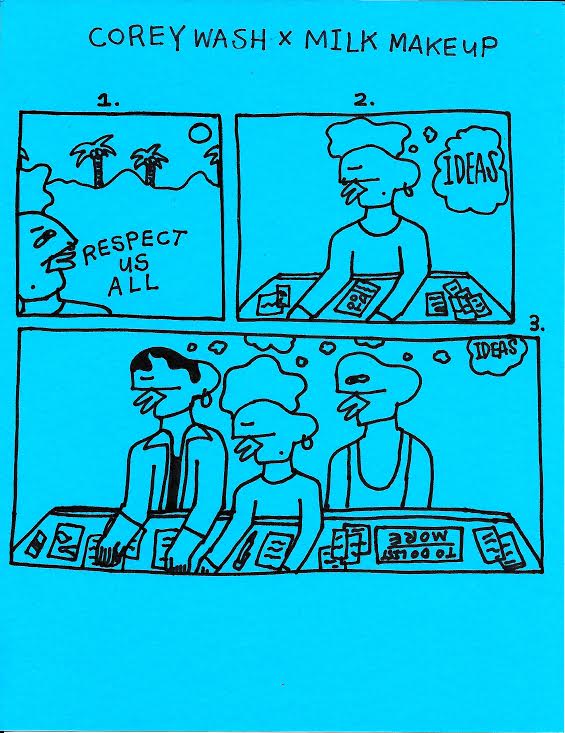 I Have a Sex Number, But I Don’t Know What It Is