Why Fashion Is My Second Skin | Milk Blog
NEW: FREE VIRTUAL CONSULTATIONS. BOOK HERE.
Please click here for a note on our shipping.
Free Shipping on all $30+ orders. 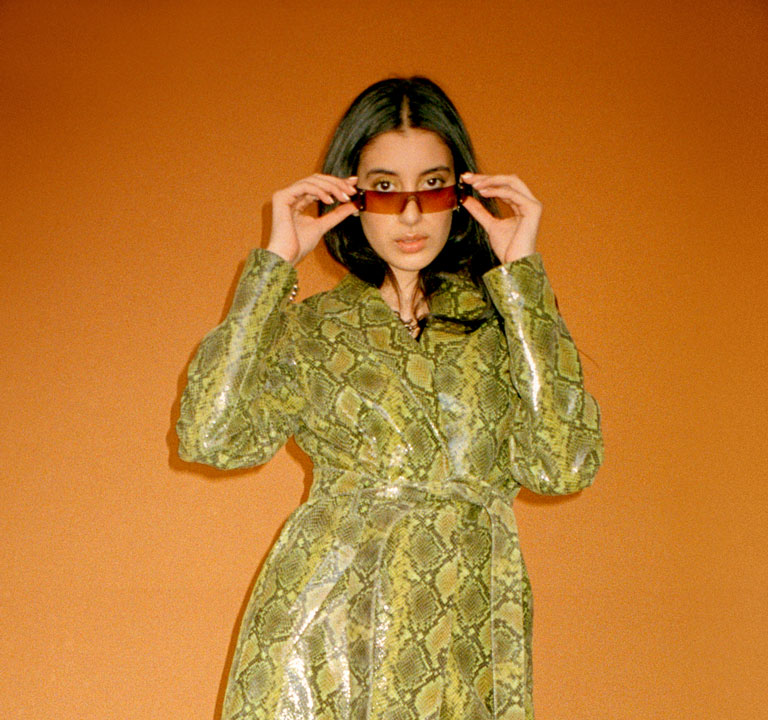 Why Fashion Is My Second Skin

It was Monday morning after Eid Al Fitr, the Muslim holiday signifying the end of Ramadan. I sat in homeroom in elementary school, desperately tugging the sleeves of my sweater to hide my henna-stained palms, praying no one would see the bright orange patterns outlining every vein.

All morning, the henna had been calling all sorts of unwanted attention towards me, and not the kind you crave. The librarian had admonished me for drawing all over my hands with highlighter — I was ashamed.

I had always loved getting henna on my hands, a tradition for Pakistani girls on Eid. As a child, I pretended I was an artist as I traced my own designs on my palms. Yet the same patterns began to make me deeply uncomfortable as I started school.

This was about the time I began to realize that I wasn’t like my peers; my skin was pigmented, my eyes were darker, and the hair on my body was prominent. Growing up in a small suburban town on Long Island, I knew I was an outsider. No matter how much I tried, I would never be able to look like the other girls, with their fair skin, blonde hair and blue eyes. 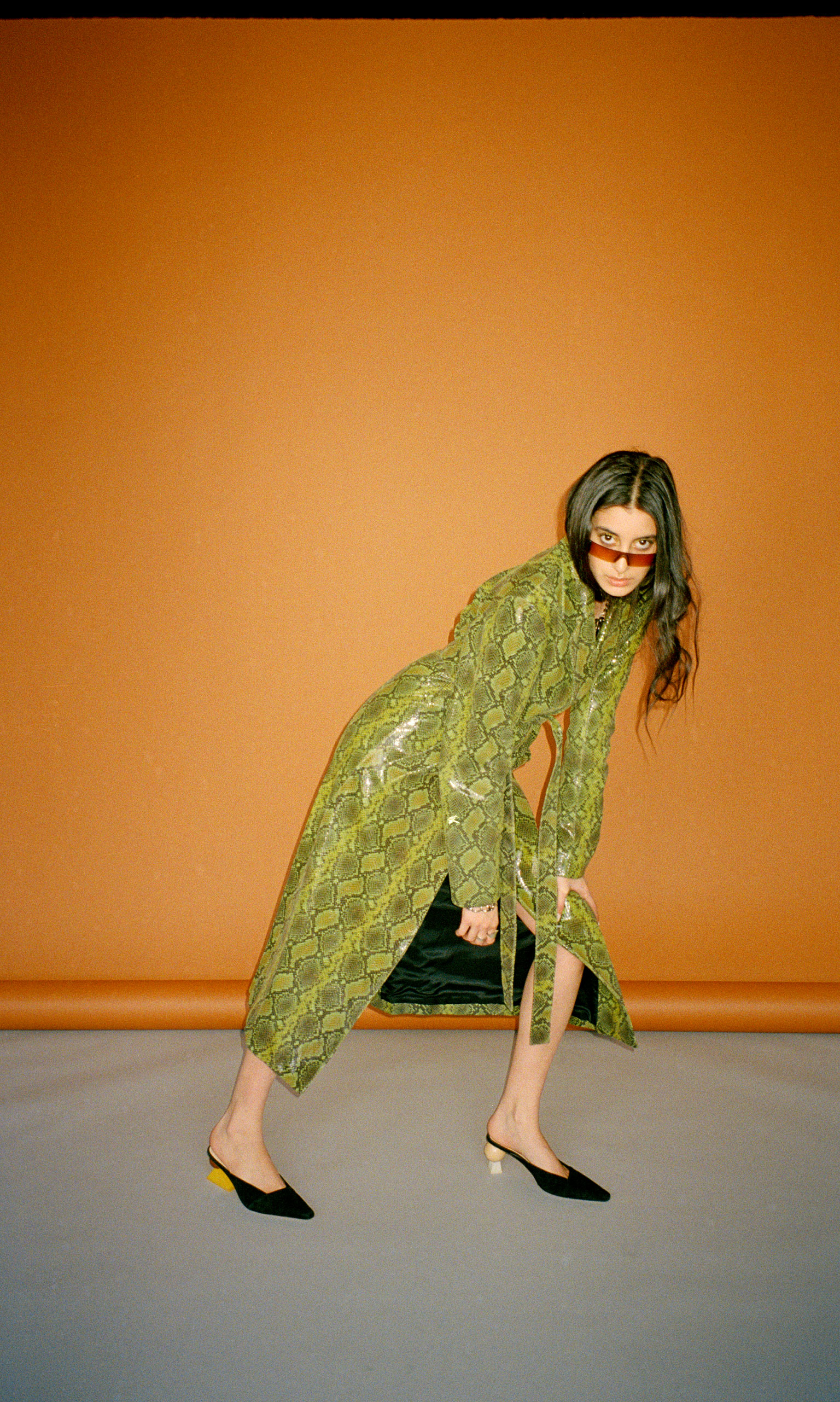 I never looked like or came from the same background as my peers; there were no kids of color growing up in my town. As an adolescent, this made me question my roots. I wanted nothing to do with my religion and my culture. It was looked down upon by many of my peers, and I often wished I could be like the rest of them.

It wasn’t until I left my suburban bubble and moved to New York City that I became more comfortable in my own skin. After years of grappling with my identity, I decided to stop trying to fit in. I began to embrace my uniqueness, reconciling the culture I came from. I turned to fashion as a place of refuge. My personal style became a place where I could be creative and express my conflicting identities and merge both of my strikingly different worlds, while still feeling grounded. And so, fashion became my second skin. 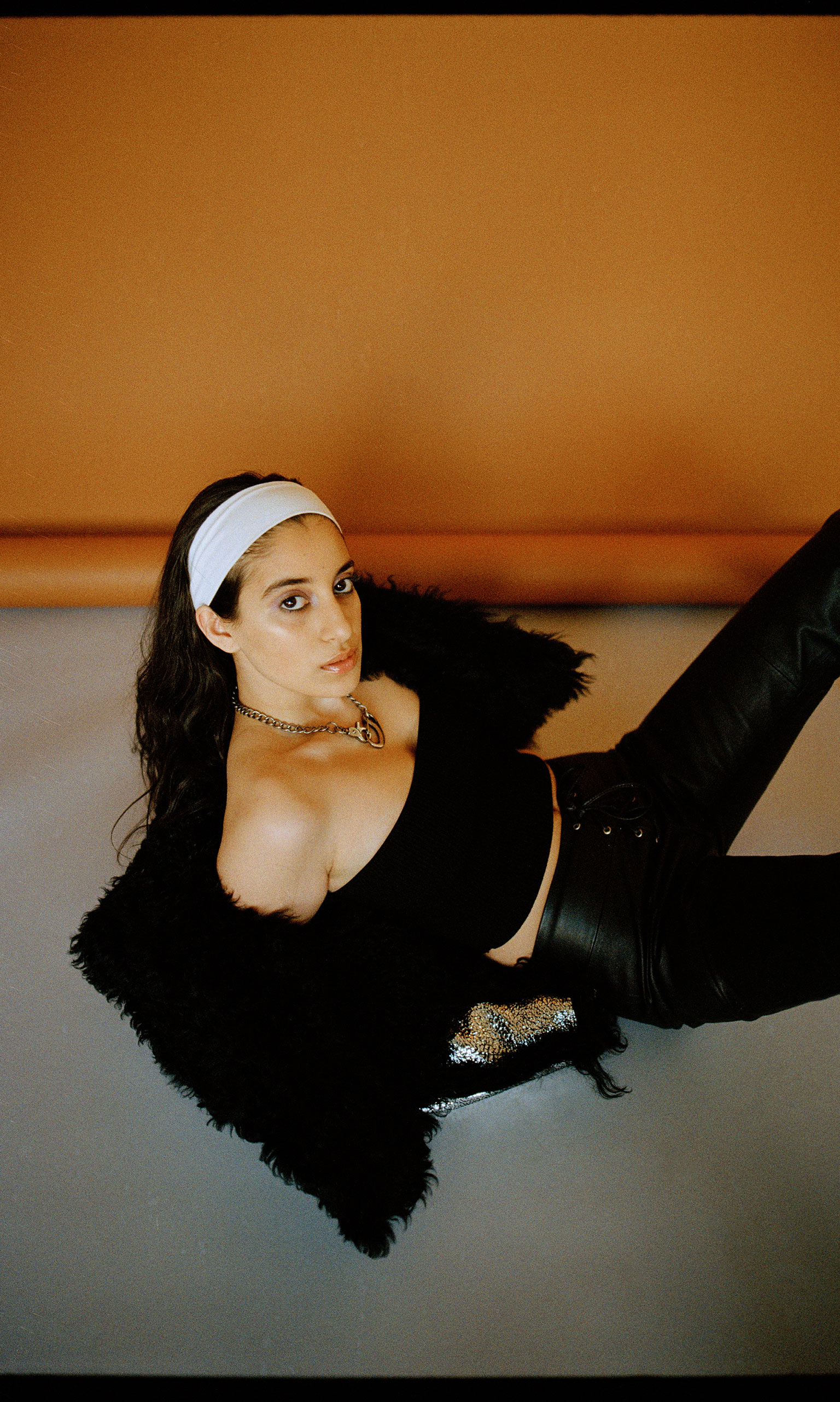 As I began to experiment with my personal style, I realized how much inspiration I drew from my culture. If it weren’t for the exposure to a culture so rich in fabrics, textiles, dyes, and detail I don’t think I would be where I am today. Heck, I know I wouldn’t be where I am today. Visiting the bazaars and markets of Lahore every year began to influence my aesthetic from a very early age. The importance of individuality and creativity that goes into each garment are characteristic of my current style. Being exposed to such a vast tapestry is what fueled my curiosity, and what elevated my interest in western fashion; it allowed me to cultivate a relationship with clothing quite different than those who I grew up with. I saw how clothing could be art.

As clothing became my passion, I started to explore and grow. I quickly realized I wasn’t alone; there were so many underrepresented South Asian women like me who faced the same crisis growing up. For so many of us, the process of forming our identities didn’t come as easily as it did for most. For me, it took a lot of learning and, most importantly, it took acceptance. Accepting who I was and embracing my background and heritage is what allowed me to fully realize my goals in both my career and in my personal life. 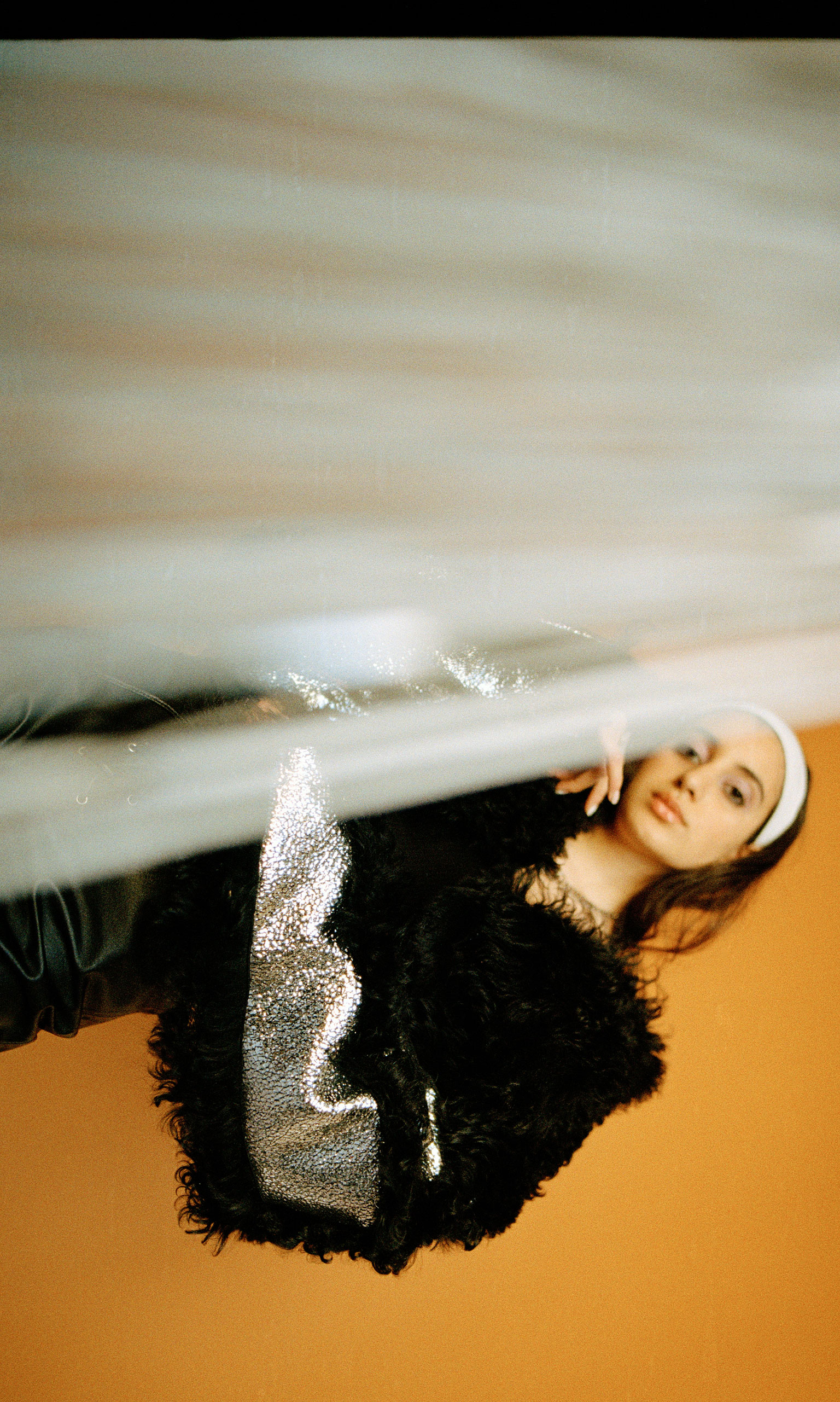 As a way to channel my burgeoning love of fashion, I started my blog Our Second Skin about three and a half years ago, while immersed in the melting pot that is NYC. The blog, which began as an assignment for class, ended up getting remarkable feedback, revealing a huge gap in the market —South Asian women had few people to identify with or relate to. It was in 2016, when I received an award from Who What Wear for being a rising street style star, that things started to blow up. I realized that my community was much more than just followers; it was women craving advice, knowledge, and a community.

Still, to this day, so many South Asian women are underrepresented in the fashion community. As a South Asian woman who fell into the industry because of the lack of representation and awareness,  it’s important for me to speak on behalf of them and to tell my own story so that women of color know that there is representation in magazines and media — writers and artists — women who look like them, who are out there advocating on our collective behalf and pushing the needle on diversity. 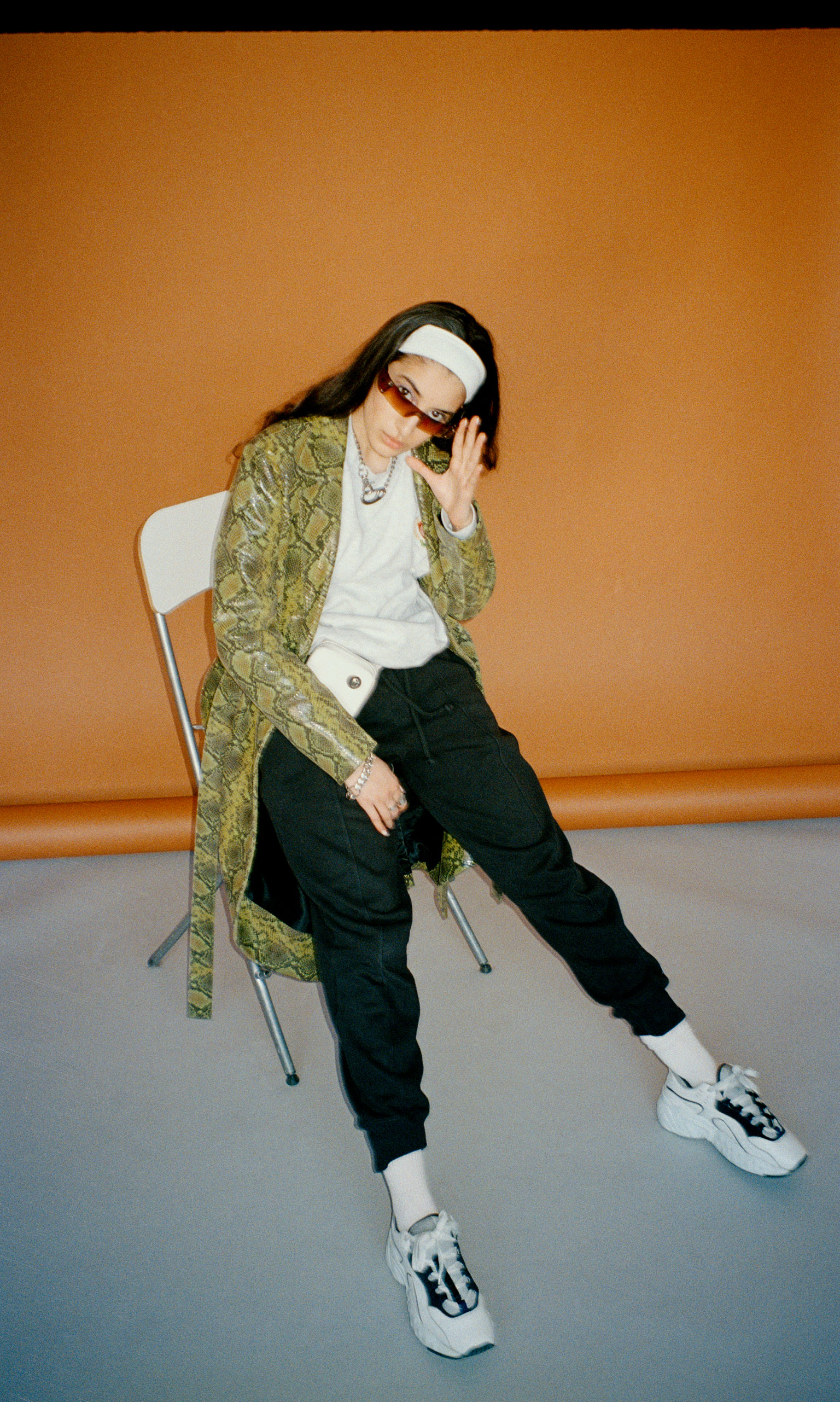 Our Second Skin’s message spreads far beyond just clothing. Fashion plays a critical role in our everyday lives. For many of us, what we wear is one of the primary ways that we represent ourselves, identify ourselves, and set ourselves apart while remaining united. OSS embodies who I am, but most importantly who we are and who we can be: people unafraid to represent themselves and who are doing so unapologetically. When we decide what we want to wear and wear it proudly, we are celebrating the idea of fashion as a second skin.

Get To Know Our Pride Fam: Bob Civil

See How Our Fam Celebrates Pride

Can Jade Rolling ~ Chill Out ~ Your Skin?