The Mexico City-Based Artist Behind These DREAMY Colorful Collages | Milk Blog
Need help? Hit up our Milk Makeup experts at advice@milkmakeup.com
Please click here for a note on our shipping.
Free Shipping on all $30+ orders. 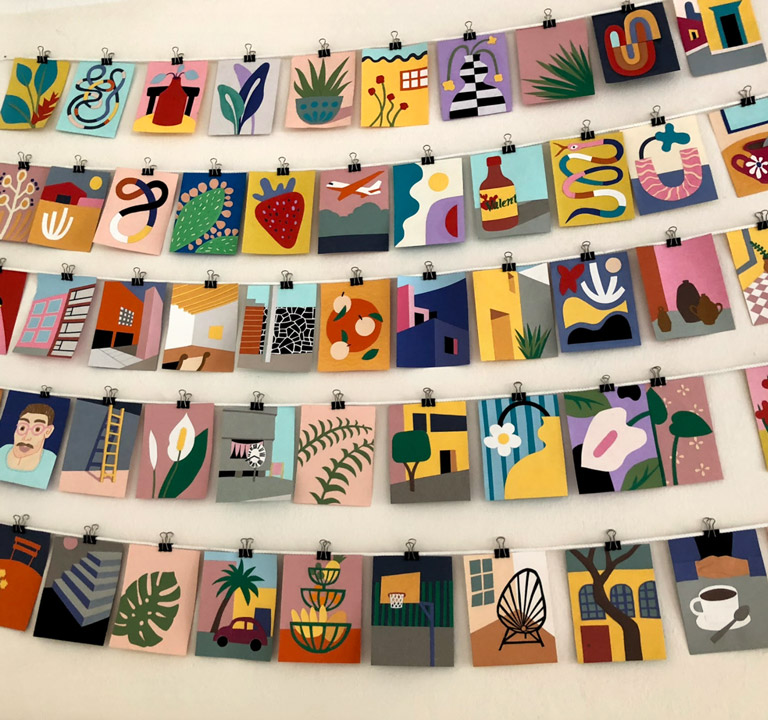 Moving to a new city can be equally as magnificent as it can be terrifying. I know from experience. In July 2016, I picked up and moved from Seattle to New York. On my first trip to visit Mexico City, I met someone else who, despite any fears, made a major jump and is currently killing the game.

I linked up with Sophie Greenspan, an artist and designer living in Mexico City, at her colorful apartment on a quiet street in Juarez. Despite not having Mexican roots, she took a leap and moved from her hometown in Boston. We talked about street food, her 100-day paper cutout project and, of course, her favorite food spots in Mexico City.

Milk Makeup: Where are you from?
Sophie Greenspan: I’m from Boston and had lived there my whole life until I moved to Mexico.

MMU: Where do you live now?
Sophie: I moved to Mexico City a year and a half ago. I didn’t know anybody who lived here first-hand. I knew a journalist, Zoe, and she connected me with these guys who run a music and art house in Juarez where they host people. I lived there while I searched for an apartment. The best way to find a place here is by just walking around and looking for signs in the windows, so that’s how I ended up where I am. 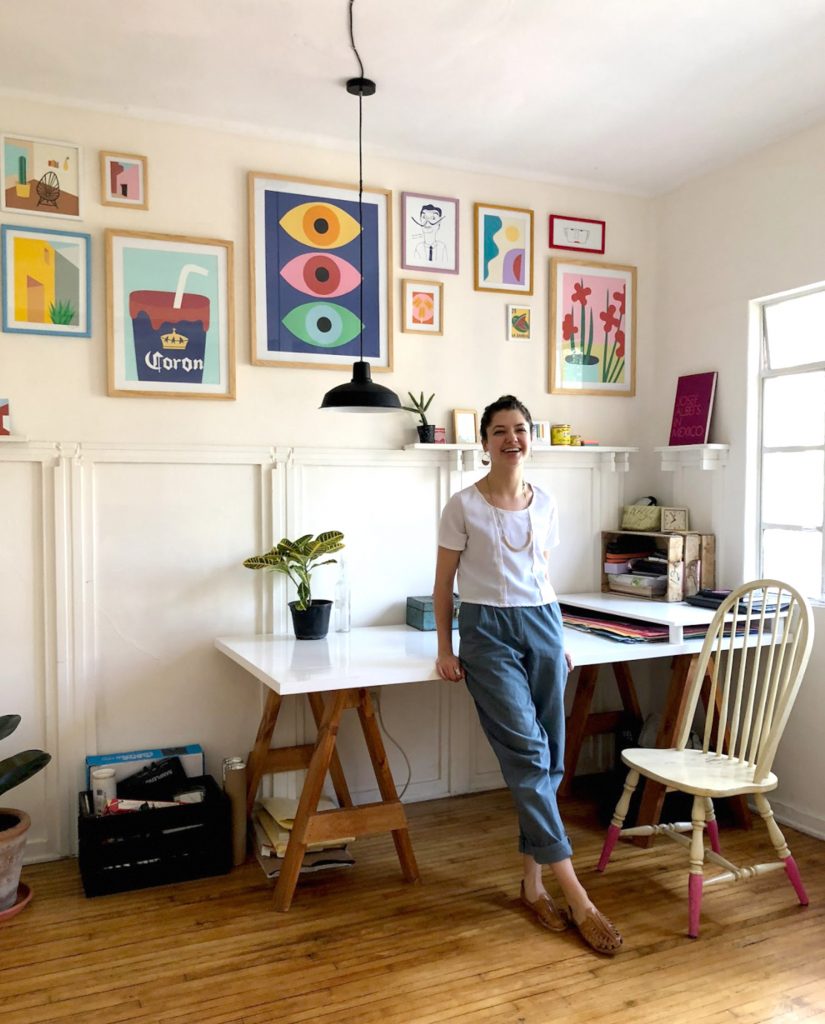 MMU: Why did you decide to move to Mexico City?
Sophie: I didn’t want to work in an office anymore, that was part of it. I was working for a company in Boston doing graphic design. I’m actually still working for them remotely. But I wanted to do some kind of a big move and I was thinking about teaching English in Colombia. My boyfriend, Jacob, didn’t speak Spanish and we were trying to figure out a good city that would make sense for both of us. It was between Mexico City and Bogotá.

MMU: So why not Bogotá?
Sophie: I’m sure Bogotá is great, too, but I kept on hearing amazing things about Mexico City. And it has a huge music scene and Jake’s a composer. It also has a huge art scene. We came to visit six months before we moved here for the first time, and really, really liked it. 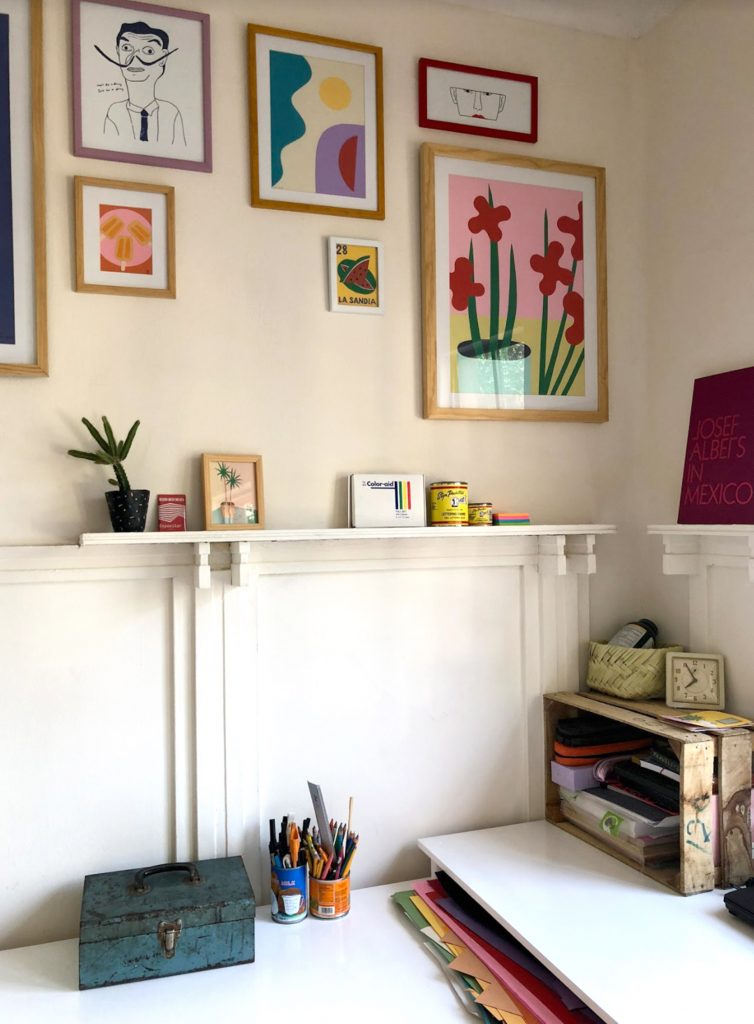 MMU: What did you like about it?
Sophie: The things that I loved about Mexico City, that I still love every day and have been really inspiring to me, are aspects like the architecture. Places like Casa Luis Baragán, but also just the architecture you pass on the street and how it makes no sense at all. Every building is in a different style; it’s all mashed together and the colors are crazy.

MMU: What’s it like being an artist here? Is there a strong community and do you feel supported?
Sophie: Definitely. There are two big art fairs here: Material and Zona Maco. They’re international and a big deal, kind of like Art Basel. So there are a ton of artists coming in, in all these satellite open studios and people just doing DIY stuff, too. I also feel like I have a lot of friends here who are poets, or writers, or journalists, or painters. I didn’t really know anybody in Boston doing such creative jobs for a living. It’s a really artistic city. It draws a lot of people from all over Mexico as well. 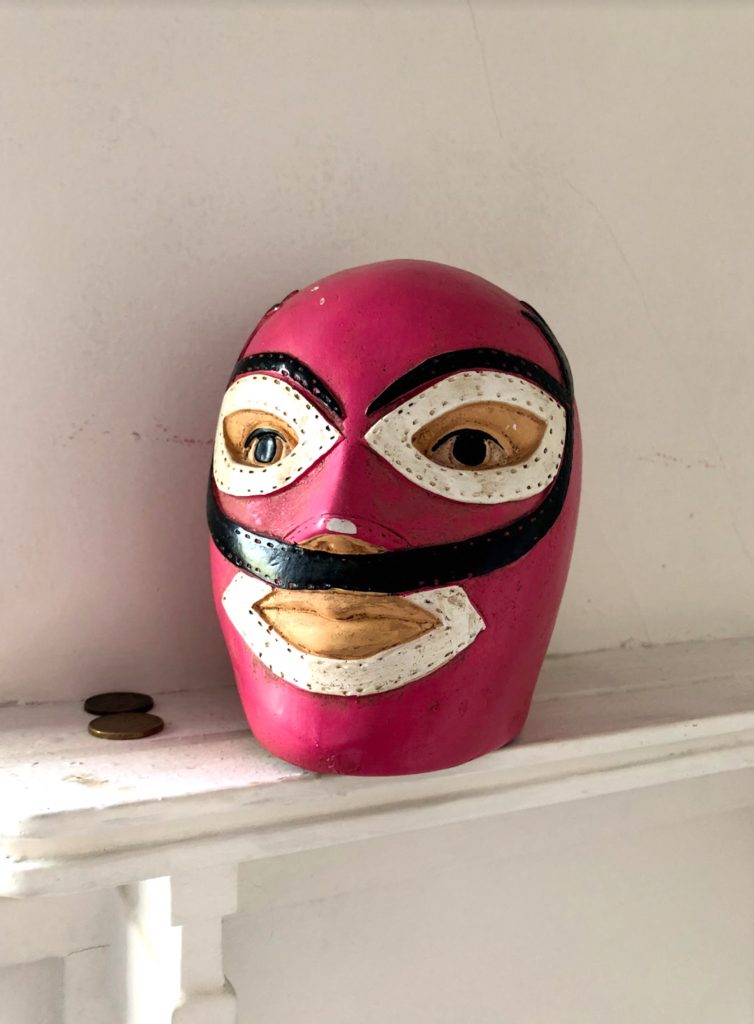 MMU: I want to talk about your 100-day paper cutout project, can you explain what it is about?
Sophie: I started the project from feelings of frustration and the urge to do something productive and creative in the wake of the election, especially being in Mexico, but since [the project] didn’t end up being particularly political in theme, I’m not sure that I can talk about it in that way. I’d say that the initial push was Trump’s election that inspired me to do a paper cutout per day for 100 days. Then, it turned into more of a personal cathartic project for me.

MMU: Where are you at in the process?
Sophie: I’m actually finishing it today.

MMU: Why did you choose paper cutouts as your medium?
Sophie: It felt like a good place to start. Having a limitation helped a lot. For example, at the store I only have ten colors of paper to choose from, so that’s what I have to work with. And now that I’ve gotten through the 100-day project, I think I do want to try out painting just to break out of that confine.

MMU: I read in an interview that you like to incorporate social justice and sustainability into your art. Why is that important to you?
Sophie: I think that art can communicate that in a way that not a lot of other stuff can. And I just think the work that I find most meaningful that other people do is always involving those themes. Corita Kent is my favorite artist ever. She was this nun in the ‘60s and she ran this Catholic school where she was teaching all the younger nuns in this convent to become artists, too. And she was doing a lot of anti-Vietnam War screen-printing and stuff. Her work looks super psychedelic and joyful and also, really hard-hitting politically. I love when you can combine what you’re passionate about with news, too.

MMU: Totally. Is there a piece of work that you’re most proud of?
Sophie: I really like the ladder that I did over here. Those are like the first 100-day projects I did. And it was around the time that Trump was just talking about building the wall. And being in Mexico, I was just trying to find a bridge between those two worlds. 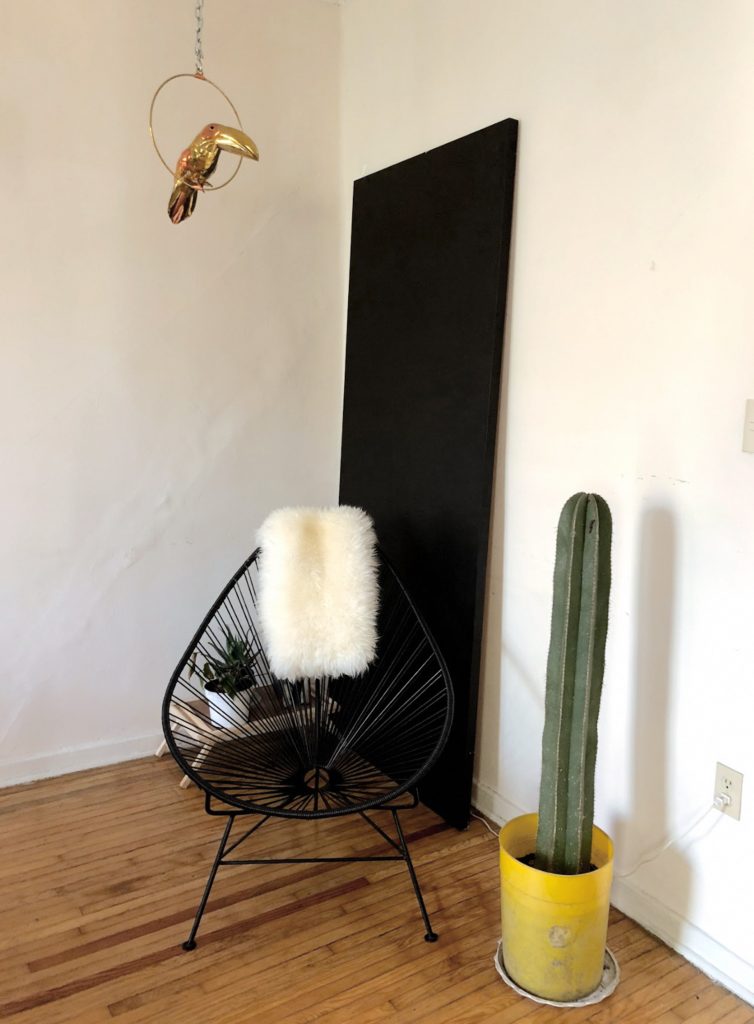 MMU: My last question is: favorite places in Mexico City, we’ll start with food.
Sophie: Markets are the best. Mercado Juarez is right down the street and there’s a little stand that has awesome breakfast like chorizo, eggs, beans, and sope, which is like a big tortilla with beans and lettuce on top. Those mangoes that you see being sold on the street everywhere are also so, so good.

MMU: Do you have any favorite shops or museums or any places you like to go?
Sophie: My favorite museum is Museo Anahuacalli. It’s the museum that Diego Rivera built to showcase his own personal collection of pre-Hispanic art. The exterior is shaped like a cross between a pre-Hispanic pyramid and modernist architecture. It’s really beautiful.

MMU: Amazing! Thank you so much. I can’t wait to go explore.
Sophie: By the way, if you’re in the mood for something sweet, there’s this amazing panaderia [bakery] on Calle Havre just a few blocks up.

[Author’s note: I was in the mood for something sweet, so I obviously went. And if you’re in Mexico City, get the guava and cheese croissant at Panadería Rosetta Havre and thank me later.]

Why Having a Finsta Might Be a Really Bad Idea

We Use ACTUAL Meteorite Powder in Our Holographic Highlighter