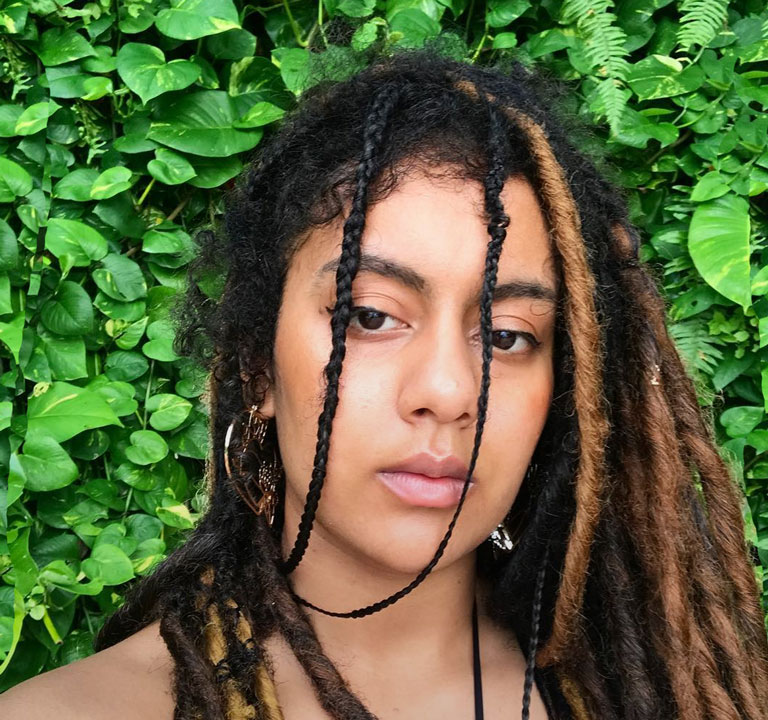 Bibi Bourelly, a D.C. and Berlin-raised singer-songwriter,  uses her personal experiences to uplift people who may feel like outsiders through her music. Her songs mirror her two worlds: her lyricism and gritty voice reflect being a young, rebellious city girl in Berlin and perhaps her slower, soulful melodies reflect a more relaxed upbringing in Maryland. Her blend of passionate sounds and verisimilitude make Bibi Bourelly refreshingly modern and timeless at once. Her music videos for catchy songs such as “Sally,” “Riot,” and “Ego” also have a stunningly authentic quality to them, as they successfully encapsulate the beauty in the candid and imperfectly-perfect moments of being a young person in cities like New York and Berlin. Aside from writing hit songs like Rihanna’s “B*tch Better Have My Money” (no biggie) and creating wise, soul-ridden music in her early twenties, Bibi Bourelly truly wears her big, riotous heart on her sleeve and is an adamant motivational speaker who advocates for everyone to proudly own their uniqueness. She leads by example to always speak up when something is weighing on your mind. I chatted with Bibi about the process behind her expressive music videos, her influences, as well as her pointers on finding your inner voice and not dulling your light for anyone else.

Milk Makeup: You’re from Berlin. How did living there impact your current sound and style?

Bibi: I think that Berlin’s art scene is really inspiring. I grew up amongst artists — visual artists, musicians, and filmmakers. My parent’s friends were really creative people, as were my own friends. Because of that, Berlin taught me how to live as a free spirit. When it comes to style, I relate my grungy side to Berlin a lot because I used to just run around subways with my dirty Air Maxes and ripped Docs, and didn’t have money for shoes so the grunge look was really the only option for me [laughs]. Now, I like to integrate a kind of gypsy, Moroccan flare into it, but overall, the “street” in me definitely comes from Berlin. 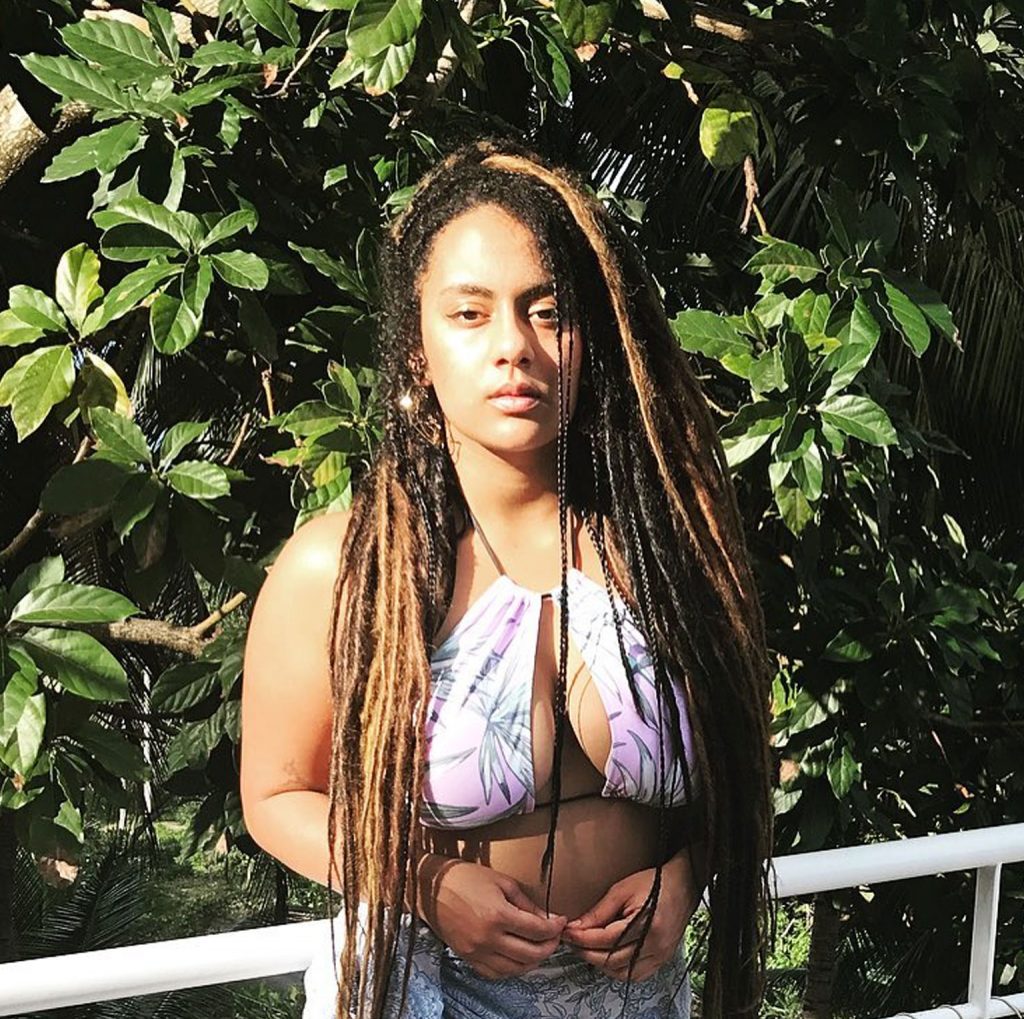 MMU: What are some of your favorite places to hang out in Berlin?

Bibi: I absolutely love shopping in a borough called Mitte because they have really dope vintage and thrift stores!

MMU: What was it like collaborating with your dad on your Free The Real EP as well as Rihanna’s Anti Album?

Bibi: Collaborating with my dad on Free the Real was awesome. I felt like I had to [collaborate with him] because they were my introduction projects and my father has so much to do with my development as an artist. Because my dad was a professional musician, I was born into music. It was constantly around me and a part of my everyday upbringing and lifestyle. I’m naturally very influenced by the fact that my dad is an artist. It’s the only thing I learned how to be. I really want to continue making music with him because it hits so close to home.

MMU: Are there any artists that you have your eye on that you’d love to collaborate with next?

MMU: What are the three last songs you listened to?

Bibi: The three last songs I listened to are “Nobody Knows” by Pastor T.L., “Iris” by the Goo Goo Dolls, and “Chop Me Up” by Justin Timberlake.

MMU: You have an extremely authentic and soulful voice. Who would you say are your biggest vocal inspirations?

Bibi: I’m really influenced by a lot of things. I just now really realized that I like a lot of sh*t. I like more tones and voices than I dislike them. I think that Beyoncé influenced me a lot. Also: Stevie Wonder, India Arie, Jill Scott, Lauryn Hill, Erykah Badu, Britney Spears, Demi Lovato, Natasha Bedingfield, Musiq Soulchild, A Tribe Called Quest. There are so many incredible people out there. I could go on for days. 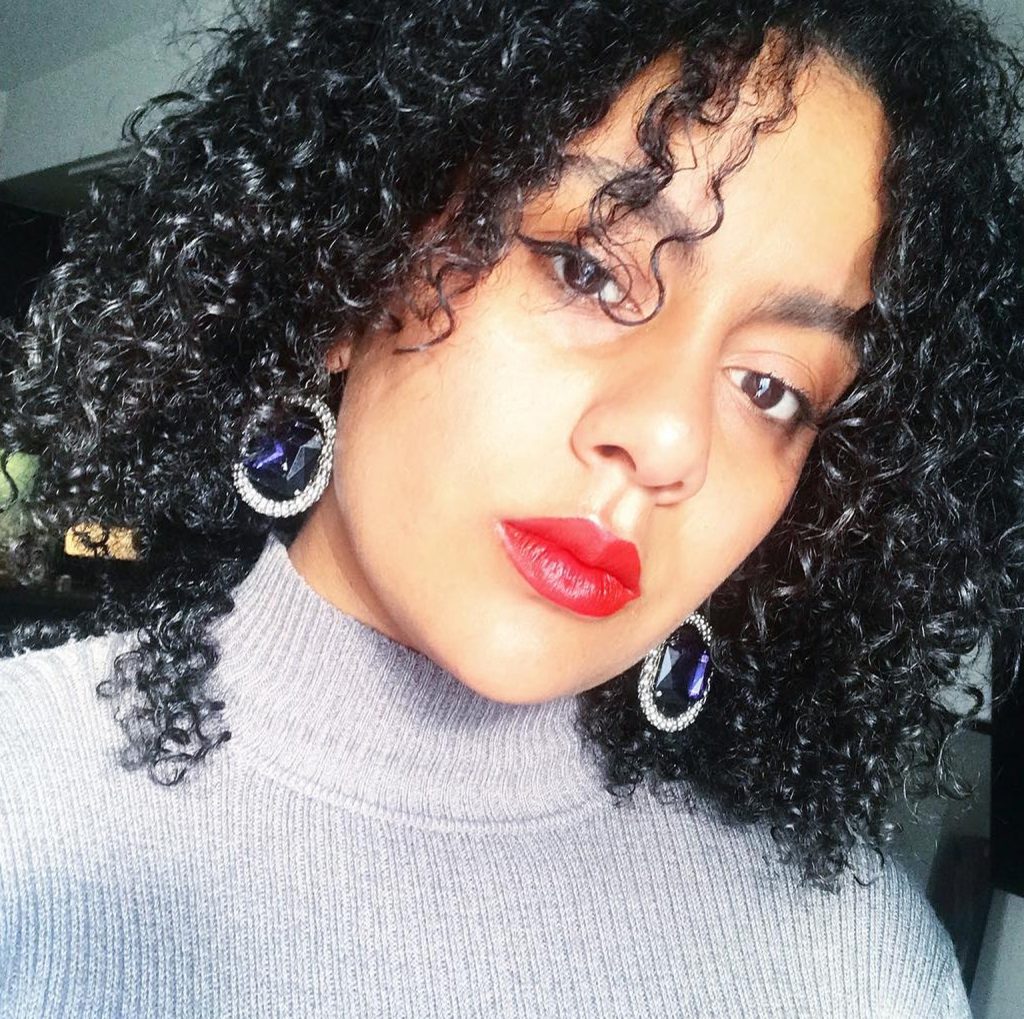 MMU: Do you have a go-to album or song you listen that you would say helps get you through different life challenges?

Bibi: There are too many to count! When I’m feeling down, I love to listen to Full Moon; Who is Jill Scott: Midnight Marauders; Good Kid Maad City; Ison; Bitter.

MMU: Your music videos have so much diversity in age, gender and race. The shots also seem like candid moments that were captured. Are you hands-on with the direction of the videos? Or do you mostly like to leave that up to someone else?

Bibi: Absolutely. I let the visual artists be creative though because I know what it’s like when you’re creating art. For me, when I’m writing songs I like to have my freedom so I try to reciprocate it. Candid moments and authenticity are really important to me. I never want to portray myself or life to be something it’s not. I want every kid to know that success is attainable. I want people to love and appreciate each other for their moments of honesty and purity as opposed to people admiring each other for posing or trying to act “cool.” So I try to make sure that humanity is still in the visual art that’s created because it’s ultimately the reason I make art.

MMU: Aside from being a talented musician and writer, you’re a talented motivational speaker. Where would you say your confidence and outspokenness stems from?

Bibi: I’m not sure. I think I have my insecure moments, but I think that honesty is the most important thing to me. I just say how I feel at all times, even if I’m scared to, because I want to live my life authentically and I strive to live it freely.

MMU: Your skin is honestly flawless! What is your secret?

Bibi: Honestly, I usually wash my face with Cetaphil and always moisturize! My skin is pretty dry so the best way for me to keep it clear is through moisturizing. 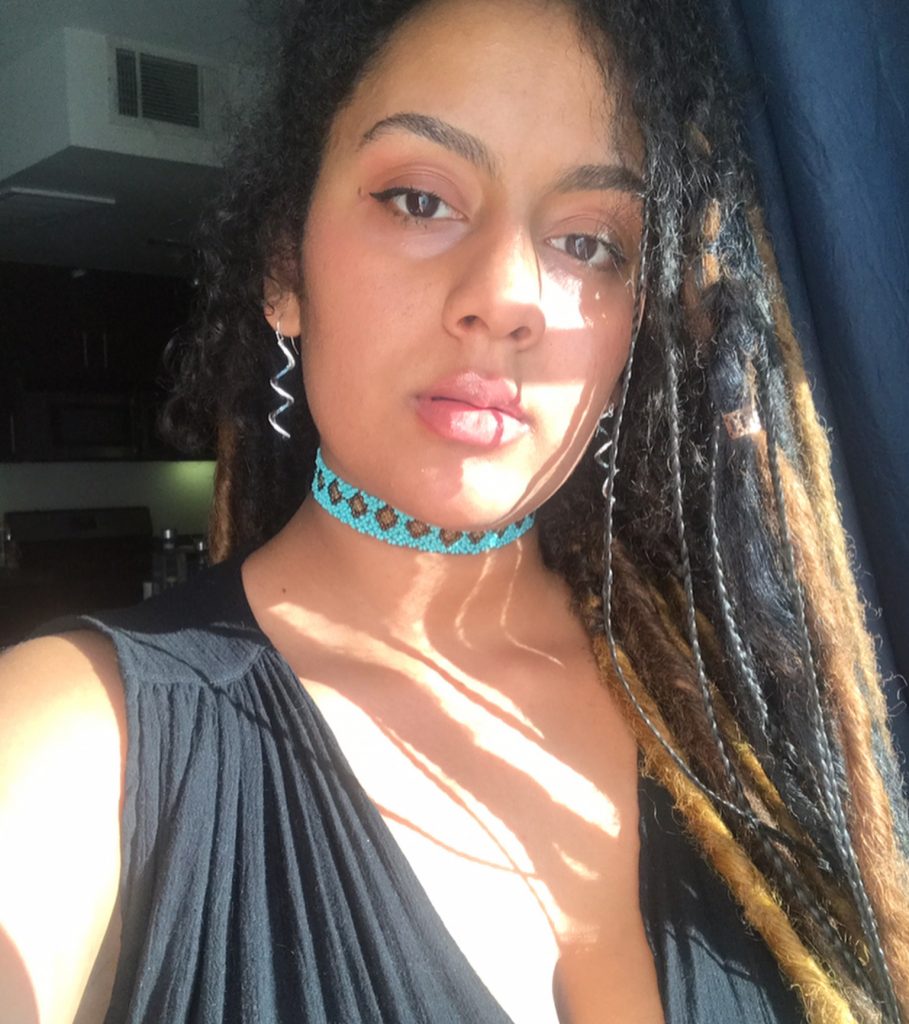 MMU: You have some really unique and inspiring things to say, especially on your social media platforms. What would you say are your favorite social media accounts to draw inspiration from?

Bibi: I am inspired by so many young people right now. For example, the artist and poet David Sabastian, Venus X, a photographer named Olivia Jaffe, another photographer named Gabriela Mendez, and of course, poet Nayyirah Waheed!

MMU: What advice would you give to people who are struggling with confidence and speaking up?

Bibi: Life is too short to suppress your own ideas and thoughts because of the fear of being judged by others. Ultimately no one really knows what they’re doing, even the ones judging you, so there’s nothing to fear. Life is short so it’s important to try to be optimistic when it comes to yourself. You have to enjoy yourself and laugh at the things you find funny and say what is weighing on your heart. It’s liberating. Not everyone’s going to like you, but it doesn’t matter if people don’t when you love yourself.  Ultimately you attract the people who really f*ck with you for who you are.

The Most Inspiring Women According to Milk Makeup Staff

I’ve Tried Cutting Down My Skincare Routine, But It Keeps Getting Longer