I Have a Sex Number, But I Don’t Know What It Is | Milk Blog
NEW: FREE VIRTUAL CONSULTATIONS. BOOK HERE.
Please click here for a note on our shipping.
Free Shipping on all $30+ orders.
Milk Makeup 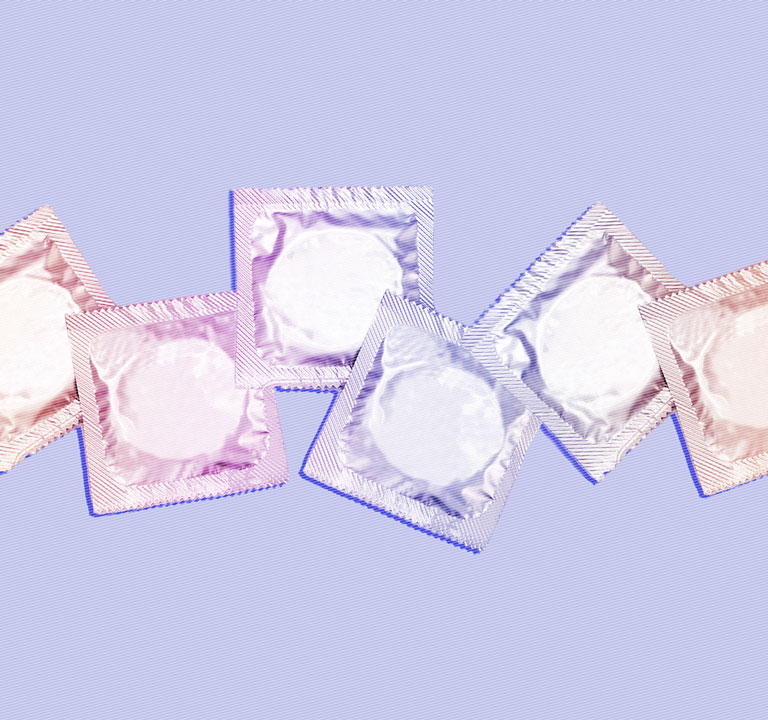 I Have a Sex Number, But I Don’t Know What It Is

Want to know one number that doesn’t define me? The number of sex partners I’ve had. I actually wouldn’t be able to give you an exact, accurate number off the top of my head if you asked me. I’d need some time to think about it (and a notepad to write down some names). It’s not a number that I think about ever — unless I’m at the gynecologist and he asks how many partners I’ve had in the past year. And I’ve been lucky that most of my partners don’t feel the need to pry into my sexual past beyond my required “When were you last tested?” question.

I know that, in reading the above paragraph, many people will have a lot of opinions about my sex life. Not knowing your number, for whatever reason, seems to be indicative of a high count. And society tells us that an active sex life with multiple partners is ultimate sin for women. I’m not immune to that — in writing this piece I’ve felt the need to defend myself multiple times and mention that my lack of notch-keeping on my bedpost wasn’t because I had too high of a number to count. But even that qualifier can open up another can of worms — how many sex partners is too high a number?

Truthfully, my sex life seems pretty run-of-the-mill to me. I started having sex when I was seventeen — actually, I popped my cherry on my seventeenth birthday. Turns out, your hymen doesn’t care which day you break it, so what I planned to be a really dope birthday gift to myself ended up being extremely painful — and insanely messy. But I was lucky to have a really amazing introduction to sex, thanks in large part to the partner I was with at the time. Because of this, I wound up really enjoying fooling around — even after he and I ended our relationship. In college and through my early ‘20s, I experimented, learning exactly what I liked and didn’t like when it came to sex. Whenever my gynecologist asked how many partners I’d had in the last year, I’d have a number for him — but the collective number really never stuck out all that much to me.

It wasn’t like I woke up one day and decided to stop counting. I never kept a tangible “list.” And it never even really occurred to me to do it. Since the conversation around sex numbers was so hush-hush among my friend group, the idea of keeping count wasn’t mentioned. It didn’t even necessarily cross my mind until I started writing about my dating life on the internet.

Now, that’s not to say I wasn’t aware that we live in a patriarchal society that polices women’s sex lives (see, for example, the reactions  to the short story Cat Person, and the recent Miss America email scandal ). Trust me, that unwelcome reality has followed me around like a traveling neon “slut” sign, and has become even more apparent since I started publicly sharing stories about my dating life. I was taught from a young age by my family to wait until marriage to have sex — so any number above “I’m waiting for the one” was considered too many. And as a woman who writes about her sex life on the internet, any mention of the number/frequency of partners I did have would be met with gusto by the concern trolls of the world. “It seems you have a lot of sex,” one fairly presumptuous email I recently received read. “Maybe you want to practice better judgement and stop letting men use you.”

Sometimes the judgement would come from guys I was on dates with. A dude who hid the fact that he voted for Trump until we were face-to-face told me that, for women, any number above four was too high. I asked him why the number was four, and he told me that just seemed like a reasonable number. For men, the number was 10. Go figure.

That discrepancy isn’t surprising. Dudes, in my experience, don’t seem to have the same sense of responsibility over their sex number as women. They surely don’t have the same societal “rules.” (There is, after all, no widely-accepted male-version of the word “slut.”) In fact, I’m convinced it’s not even something most of them think about. I was recently introduced to an art project  in which the artist, Caitlin Hales, asked men and women to share their “fucklists.” The women happily obliged. The men, on the other hand, offered up excuses as to why they didn’t have them. Caitlin saw this as an example of women being more sexually empowered, but I see it as something completely different. A lot of men don’t have the lists because most of them don’t even think about keeping them. I’m sure some do count, or could be embarrassed by their numbers. And, when a guy is presumed to have a high number, the reaction from women can sometimes be similarly biting. (“Is he someone I can take seriously?” women may ask themselves when faced with a so-called man-whore.) The difference between men and women, though, comes from the external pressures. Sure — dudes may feel some type of way about their number, be it “too high” or “not high enough.” But more often than not, they aren’t asked to account for it. Men’s sex lives are not as substantial a factor in how the rest of the world view them.

Women, on the other hand, have to live with the knowledge that the world has something to say about their sex lives. They have been socialized to think that a high number is a problem with themselves. So, if they acknowledge their number, be it “high” or not, they’re opening themselves up to judgement. By standing up and saying “I’ve slept with this many people,” they’re risking being defined by that. And that knee-jerk reaction by the “outside” to characterize women by their numbers is an issue.

And anyway, if you really think about it, the numbers are pretty fucking arbitrary, and very subjective. What counts as a sex partner, anyway? Is is anyone you’ve given oral and above to? Or is it someone you’ve only had penetrative sex with? Does anal sex count as penetrative sex? Did you both have to come? Did you have to enjoy it? Everyone’s definition is completely different, and everyone’s threshold for “too much” is different. It’s like that scene in Clerks  where Dante flips out after hearing his girlfriend has gone down on 37 different guys. She’d told him she’s only had sex with three people, because by her definition, she did only have sex with three people. But Dante counts the blowies as sex, and therein lies the problem. One person’s fooling around is another person’s full-blown intercourse.

After coming across the art project, I started thinking about the idea of a fucklist more and more. When I mentioned the idea to friends, they were horrified. And while a lot of them could give me a general idea of their number, when I told them about the sex list art project and how it had me thinking about my own number, most of them wondered why I would even try to count. One claimed that the idea of taking a tally was masochistic. “I practice safe sex,” another said. “So I don’t feel the need to keep a running list of the men I’ve slept with.” And I have to agree with that. I practice safe sex, get tested regularly, and go in for regular gyno checkups. I have no hang ups about my sex life, and knowing that the number of people I have sex with has no hold over me is what’s actually incredibly empowering.

So I don’t count my sex partners. Not because the number is “too high,” or because I don’t value my partners, or because sex is completely meaningless to me. Quite the opposite, actually — sex and my sexuality are extremely valuable to me, and every partner I have had meant something to me at the time. I don’t count the number because it doesn’t have anything to do with who I am as a person, or how I behave in relationships, or really, anything. I’d rather talk about the kind of sex I enjoy having, what turns me on, or what I’m looking for in a partner. Those are the questions you should be asking me, and those are the conversations we should be having around sex and sexuality. For me, good sex has nothing to do with numbers, and everything to do with words. Until, of course, those aren’t necessary either.

Maria Del Russo is a sex and relationships writer in NYC. She enjoys red lipstick, clawfoot tubs, and Twitter rants.

Why Model Cassey Chanel Opened Up About Having Alopecia