This Bilingual Website Will Answer All of Your Vagina-Related Questions | Milk Blog
NEW: FREE VIRTUAL CONSULTATIONS. BOOK HERE.
Please click here for a note on our shipping.
Free Shipping on all $30+ orders.
Milk Makeup 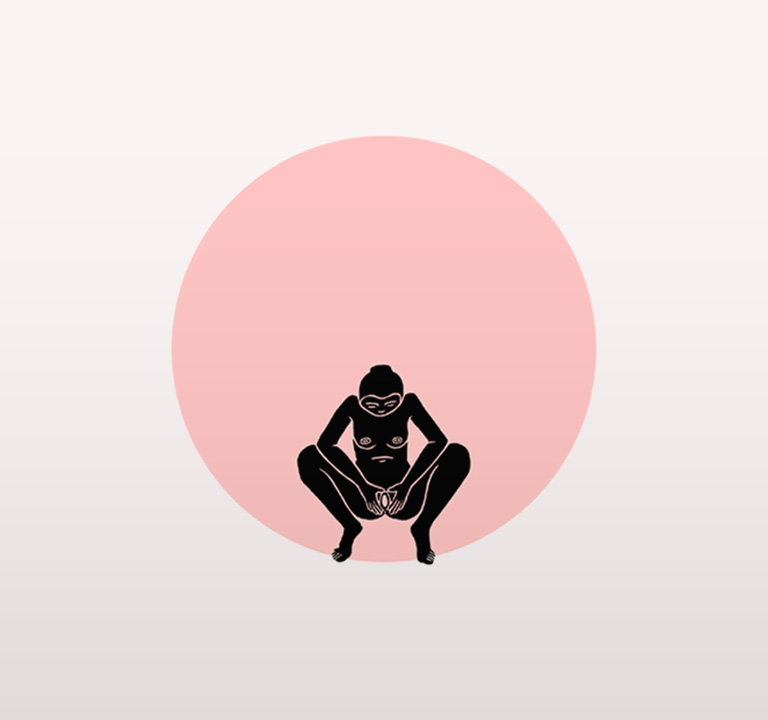 This Bilingual Website Will Answer All of Your Vagina-Related Questions

Have you ever had a question about your vagina and felt like you couldn’t exactly phone a friend for answers? Or maybe it was a more…anatomically complex…question that required a bit of a dive into diagrams and flow charts. If you’ve found yourself the subject of one (or many) fruitless vagina-related Google holes that lead to nowhere or to more confusion, then, first of all, welcome to the club. And second of all, say hello to Pussypedia: the soon-to-come website built to answer all (or, at the very least, many) of your vagina-related inquiries. The brainchild of Mexico City-based best friends Zoe Mendelson, María Conejo, and Jackie Jahn, this gender-inclusive, bilingual, digital vagina encyclopedia will come complete with all the tools your 12-year-old self (and adult self) so badly need, including an accurate 3D vagina rendering and rad graphic design. We chatted with Zoe and María about all things Pussypedia, so read on for the good stuff.

Milk Makeup: Where are you from? Do you both live in Mexico? If not, how’d you end up there?
Zoe Mendelson: I’m originally from Chicago, but I moved to Mexico City three years ago because I love it. I started to think that it wasn’t a virtue to work 80 hours a week in New York.
María Conejo: I’m from a small city in Morelos, two hours away from Mexico City, but I’ve been living here for almost 12 years. I came here to study Design at Fine Arts School.

MMU: How did you come up with the idea for the Pussypedia?
Zoe: It was about a year ago. I kind of got into an internet vagina blog hole and started reading, but wanted to find good info because everything I found was garbage. I was reading academic journal articles, but they were hard because the diagrams didn’t make sense, so eventually I was like, this is so dumb — I can fix this. And I’m always looking for ways to collab with friends because that’s my favorite thing to do, so this seemed like the ultimate project to do with my two amazing best friends.
María: Zoe came up with the idea when she was googling whether all people with vaginas can squirt or not, and she couldn’t find a concrete answer. She found this article about orgasms that was written in a very scientific way that mentioned parts of our bodies that we weren’t even sure  of where they are, so we thought that it was absurd that we didn’t know that much about our own bodies and that certified information is hard to find. Before Pussypedia came to our minds, we spent a lot of time thinking about a project we could collaborate on together and this became it, mixing her research skills and my art.

MMU: We saw the Kickstarter for Pussypedia — can you take me through the process of how this idea turned into reality? What was the process like?
Zoe: I never wanted to do a Kickstarter, but I’d gotten grants denied and Kickstarter Mexico approached us. We initially only asked for enough money for a prototype, but then we got way more money than we thought we would, so we were both having to rearrange our lives to work on the project. We were thrilled, but it turned into a very public project, and it sounds stupid, but I didn’t think that it would become so public. I feel a lot of responsibility and a lot of gratitude because I feel like when people give you their money, each dollar is a vote of confidence. And that’s a profound feeling. To have so much enthusiasm for the idea feels amazing. All of this stuff is falling apart around us in the world, but we had 650-something people rallying behind us to help build this. The support cuts both ways so deeply.
María: We had a lot of work sessions and decided that we wanted to do an encyclopedia about vulvas. We needed money to do it, and we sent our project to different companies and people we thought might be interested in it, but there was no answer. So after the earthquake of 19S, Zoe made these Viva Mexico tote bags to help people who had suffered because of the catastrophe. She was invited to sell them at the Design Week Mexico and there she was invited to this initiative of Mexico Creates and Kickstarter to propose a project to be crowdfunded. So it was ideal, because we already had the project and we both had time at that moment, so we decided to use that invitation to have a real deadline and ask people to help us do it. We were super scared of not reaching our goal, but when we launched the campaign, we reached our goal in 3-and-a-half days and actually doubled it.

MMU: What about the language aspect? Who’s doing the translation? Do you wanna do it in more languages eventually?
Zoe: We thought that two was a good place to start, but we hope to get the funding to have as many translations as possible.
María: Until now, the team has been just us, so Zoe writes in English and I translate it to Spanish, but the aim is to share information with as many people we can. That ’s why we are very interested in the development of the site because we want it to grow — we want it to be in other languages, to be filled with all the possible information.

MMU: Why is it important to you to use gender-inclusive language?
Zoe: There was a huge learning curve for me. Jackie was like, “I’m not even launching this until we have a gender non-conforming person review everything we’ve done.” So I was Googling, like, “What’s the inclusive term for people who have pussies?” and the suggestions on Google made me happy that there were other people struggling to figure it out. We’re trying to be open about the fact that we know we can’t design inclusivity for a community that we’re not part of and that we need to hire consultants. I’m trying to be public in process and in learning how to be more intersectional, but I’m always in training and I know I can’t always achieve inclusivity because I’m a white, cisgender woman. I’m gonna f*ck up and I’m gonna have to listen to people and fix things and that’s ok with me.
María: Because there are people that have vulvas but who don’t necessarily identify themselves as women or as a binary gender, and there are also people who don’t have vulvas [who might be curious]. The point here is to share information with everyone. We need to learn that there is more than the binary genders and that bodies are just bodies, and that it’s a human right to know about them. 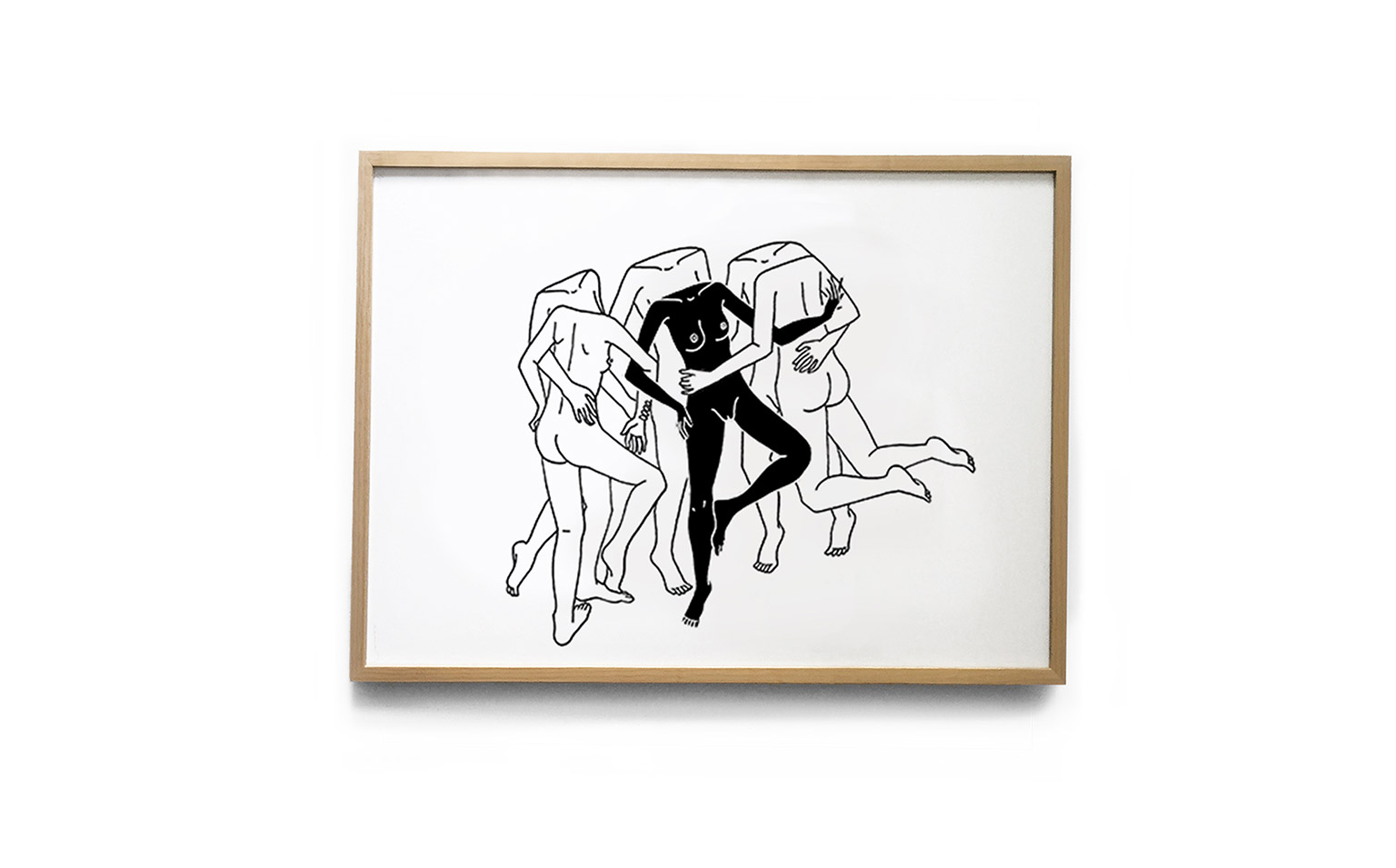 MMU: Why does now feel like the right time for this resource?
Zoe: It gives me a greater sense of urgency. I’m an angry, passionate, energetic person, and I’ve accepted the fact that we have to do shit ourselves now. It’s not that I’m resigned to the idea that our institutions are broken and that we can’t have a more socialist democracy, but right now my friends and I were saying that it’s the era of “hazlo tu — you do it.” I’ve been so disappointed about conversations that I’ve been having with male peers who I assumed to be allies, but they just don’t get it. I’ve had this simultaneous wave of hope, but also a reality check about the fact that men aren’t listening. I’m very serious about not being a nihilist in terms of civic engagement, but we have to do this ourselves if we want accurate information about vaginas on the internet.
María: Because of all the feminist movements that have been happening in the last couple years. Because spotlights are on this right now and a change of minds is needed; women are raising their voices against harassment, against violence, against injustices. We need to begin to feel empowered.

MMU: Have you received any pushback?
Zoe: Not really. I did get one really hilarious email from this dude who was like, “This project has nothing to do with real feminism.” And then he went on tell me the real nature of human sexuality and how the project was crude. Responding to it was the single funniest email I’ve written in years.

MMU: What are your hopes for the Pussypedia? Are you going to keep adding to it?
Zoe: The things I hope that it achieves won’t be achieved by Pussypedia alone. I want a world in which we don’t buy unknowingly carcinogenic products at the drugstore. I want a world in which women, especially in Latin America, have info about birth control. I want trans and nonbinary people to have access to info about their health. I want women to expect men to make them cum. In terms of expanding Pussypedia, I want to make it an info portal. We have ideas for a directory of radical OBGYNs and live forums. We have lots of ideas, but I always have way too many ideas and I need to focus.
María: My hopes for Pussypedia are that we develop a very reliable website that will have fact-checked information about our bodies, and I want it to be helpful in people’s lives. I hope it grows, that we get to put together all the information we can, that our website is very accessible, that schools can use it as a sexual education platform, that we can translate all the information in a lot of languages, and that the info goes global, for everyone. I hope this project helps to end the shame about our bodies and that it empowers people in their daily lives. 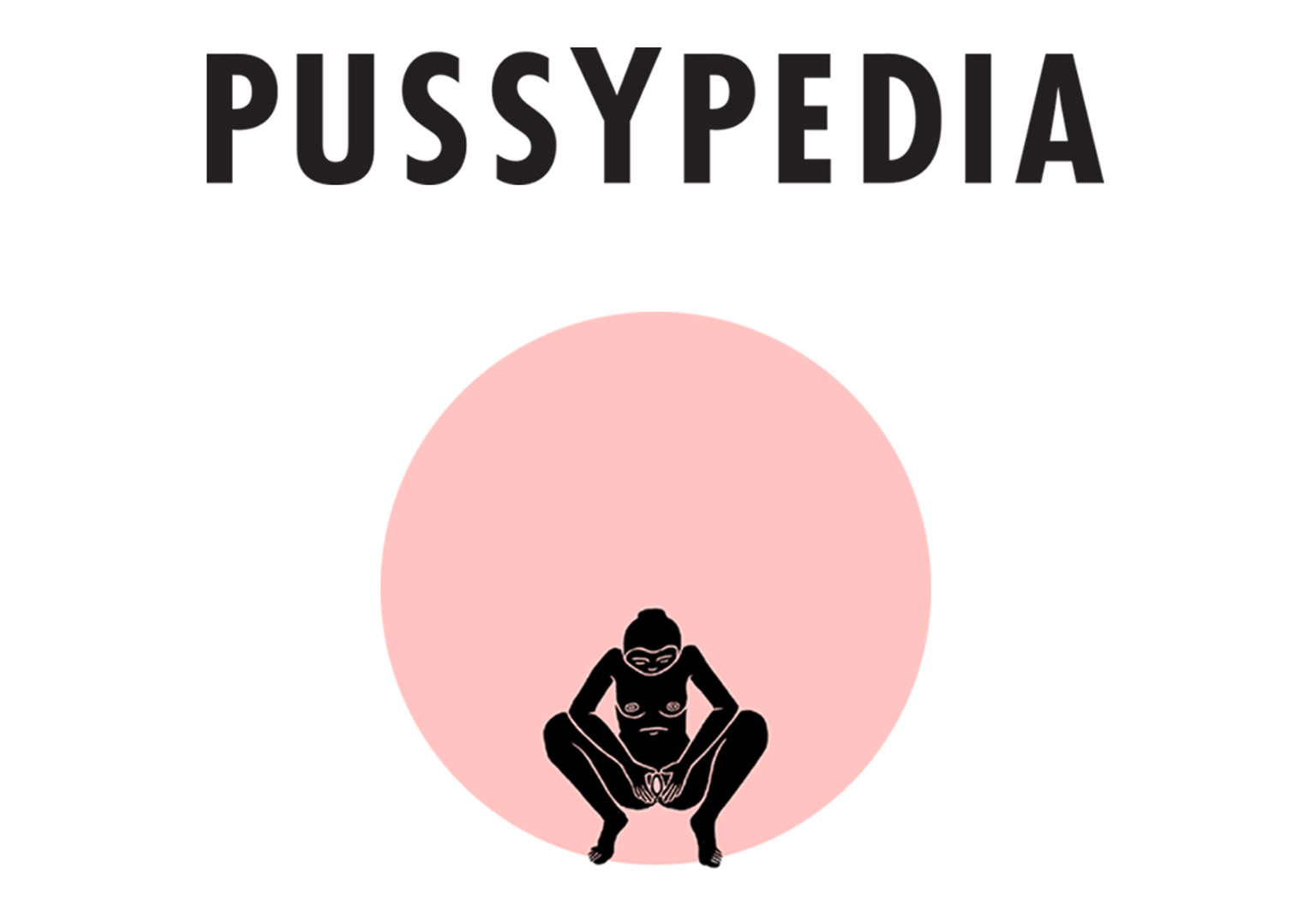 MMU: How do you guys choose which questions to answer? And who helps you answer the questions?
Zoe: Jackie is the one in charge of making the category lists. She studies gender equality and sexual health at Harvard School of Public Health. Many requests came through our Kickstarter from the trans community, and we have a consultant for the disabled community who’s been helping us, too. And in terms of answers, random people have been reaching out like, “I’m a pelvic floor expert” or “I have a disorder where my vagina really hurts.” We also had an endometriosis support group send a ton of resources.