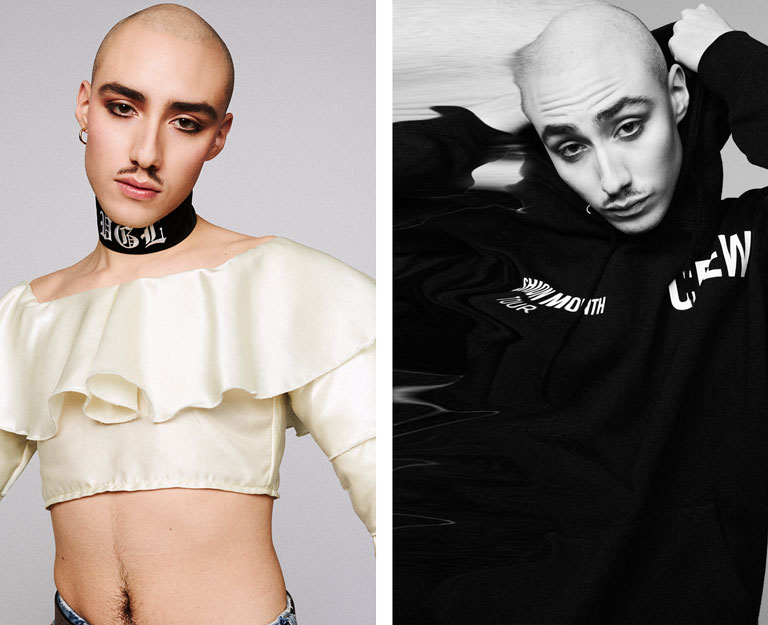 For the first of our Milk Makeup DNA Series, Blur the Lines, we’re exploring the link between individuality and the gender spectrum. In collaboration with Very Good Light, we brought together models, activists and creators who refuse to be labelled to share their thoughts in an editorial and short film, directed by our co-founder and creative director Georgie Greville.

The project was inspired by our Blur Stick, a universal product that can be used by anyone, any way they like. Because who says that beauty products have to adhere to gender rules?

As Avie Acosta says in the film, “he” and “she” are small words, too simple to really encompass how unique we all are. Marcelo Gutierrez describes himself as a refugee, an immigrant, and gay. The New York-based art director and beauty editor believes there is no masculine and no feminine boundaries: there is only human. “That means being layered, complex, individual. It’s made up of so many little things in so many variables. That’s beautiful,” he says.

Eddy LeRoy Jr. wants to just live and be true to himself. Citing David Bowie as his ultimate inspiration, the model is on a mission to dispel notions about what a man “should be.” “I’m all about redefining masculinity,” he says. “Because a man can still be a man and no less masculine for wanting to wear makeup. I’m talking about me. That doesn’t make me any less of a man for wearing color on my eyelids.”

Labels can only convey so much. That is why Rayne Nadurata places more emphasis on energies. “I don’t think in binaries or sexualities. Instead, I think in energies. Both energies, masculine and feminine are found in everyone,” the gender fluid artist says.