How To Make A Year In Review And Set 2019 Goals | Milk Blog
Need help? Hit up our Milk Makeup experts at advice@milkmakeup.com
Please click here for a note on our shipping.
Free Shipping on all $30+ orders. 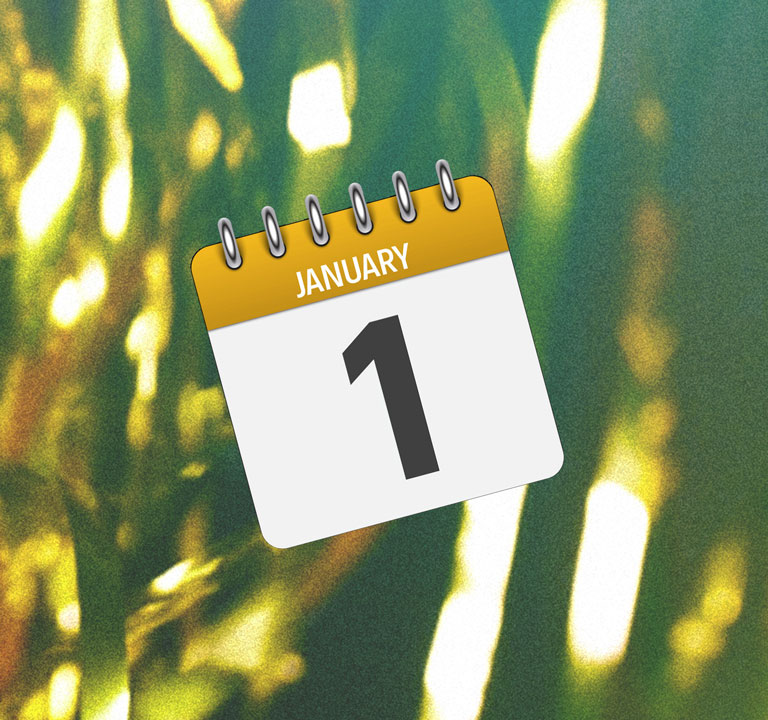 How To Make A Year In Review And Set 2019 Goals

Do you feel like you blinked and the year was over? Same. One minute it was all about summer Fridays, and the next thing you knew, it was time to plan the office Ugly Holiday Sweater contest.

At this book-end of the calendar year, the term ‘annual review’ starts to float around alongside the Christmas tunes. According to Entrepreneur Magazine, an annual performance review, also called a performance appraisal, is an analysis of an employee’s work habits to determine whether stated objectives and expectations have been reached.

In a Forbes story, the writer explains that this once-a-year investigation is necessary if you want real change in both your life and career. As she phrases it, you must gain awareness of “what’s tripping you up” and “reframe the way you view progress and growth.”

Yet you might wonder, what does this kind of review actually entail? Consider it a comprehensive deep dive into how you fared in areas such as quality and quantity of your work, reliability, cooperation, creativity, attendance, and decision making. ‘Rotten Tomatoes’ for the workplace, if you will.

While many people are employed in an environment that offers annual performance reviews through official channels, for a large part of the workforce – say those who operate in the gig economy – this option isn’t applicable. Regardless, it’s a beneficial exercise to undertake a career review using your own initiative come December.

Daisy Swan, a Los Angeles-based career coach, believes that documenting the old-fashioned way (millennials, that means pen and paper) is the best system to eventually summarize what went right and wrong.

“I find it helpful to pull out my calendar as a way to review the year since it’s easy to forget so many smaller things that happened,” she said. “I look for who I met, where I went, what I accomplished that I’m proud of, what challenges I overcame, and what needs more development in the New Year.”

Swan also recommends list making in a “free-write session” – so pour yourself a cuppa joe and really delve into the year’s highs and lows.

“Write one list that celebrates how you’ve grown, what you’re proud of, and what excites you that you want to build on for next year. The other list is of the things that didn’t happen and the disappointments. Yes, learn from them, but if you’ve lost any of your mojo because of these, you’ll want to release them by setting an intention to move on with strength and creativity.”

Stephanie Stock, Editorial Assistant at the career-orientated resource site Girlboss, also says this type of continuous list-making throughout the year is a non-negotiable.

“I start preparing for the end of year review throughout the year, as I keep a work notebook that I take 15 minutes to fill out every week,” she recommended. “I write down five things: what I accomplished, what I learned, one skill that I’d like to better develop, any areas of improvement/roadblocks, and feedback I received from my managers and peers”.

Stock said that having an ongoing diary like this is a good way for people to look back and see how much they truly learned.

“Sometimes we don’t give ourselves enough credit and it’s hard to see improvement in the day-to-day tasks, so writing it down, whether it’s every day or every week, is like taking a little snapshot as a reminder.”

Stock stated that approaching your own annual performance review should be focused around one important question for the following year: “What do you want?”

“This can be kind of a loaded question, so I like to break it down and separate the personal and professional,” she maintained. “I make a two-column table. One side has my goal listed and the other side has the actions required to make that goal a reality. I don’t limit myself here, I write it all down. After I’m done purging every goal on a piece of paper, I take a look at the actions column and narrow down which goals are realistically achievable in a year. I really admire my boss. She reminds me that it’s never a good idea to set unrealistic deadlines just because I want to get something done. So, rather than leaving lofty goals, I break them down into the smallest steps.”

With lists-on-lists-on-lists floating around, it’s ultra-important to define your own way of determining success. Turns out, Stock has a pretty golden rule for that too. “I identify a goal as successful when I have a solid takeaway: a new skill, a piece of knowledge I didn’t know before, a new understanding or perspective on something, or even a new friend or business connection. I also make sure I have a KPI (key performance indicator) in mind when I’m setting my goals, so I’m not working with a moving target.”

Armed with these tips and resources from Swan and Stock, there’s no reason to fear carrying out your own year in review for 2018. Better yet – get a head start on next year’s analysis (and hopes and dreams) too by starting to regularly document your career journey right now.

After all, everyone likes a ~ Go…al Getter ~.

Want a BOSS beauty look to match? Check this out.

7 Stressful Holiday Situations — and How to Deal

Meet the Duo Behind NorBlack NorWhite, the South Asian Streetwear Brand Shaking up the Biz