Book Club: The Working Woman’s Handbook | Milk Blog
Need help? Hit up our Milk Makeup experts at advice@milkmakeup.com
Please click here for a note on our shipping.
Free Shipping on all $30+ orders. 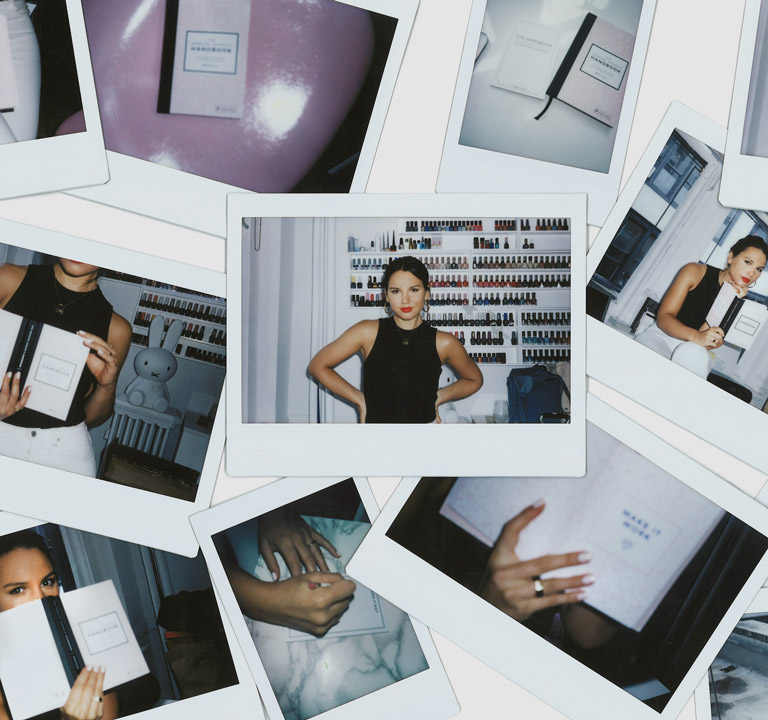 As steadfast followers of The WW Club (and obsessive readers of its bi-weekly newsletters), we’ve been counting down the days ’til the launch of founder Phoebe Lovatt’s new book. Appropriately titled The Working Woman’s Handbook: Ideas, Insights, and Inspiration for a Successful Creative Career (Prestel), the book is the ultimate guide for anyone looking to start, propel, or enhance their career.

Aside from insights from its multi-talented author, the pastel pink tome features inspiration, self-care tips, and personal anecdotes from a cadre of creative powerhouses like WAH Nails founder Sharmadean Reid, Teen Vogue editor-in-chief Elaine Welteroth, and fashion designer Sandy Liang. Fans of The WW Club will be happy to find mixed in pages upon pages of Phoebe’s signature worksheets designed to help get ideas, goals, and plans out of your dreamy mid-day thoughts and onto paper, where they’ll hopefully lead to action IRL.

Because no one gives better advice than the author herself, we sat down with Phoebe amongst her busy launch schedule to see how she makes it work.

Okay, first things first: How did this book come about?

Well, two and a half years ago, I self-published The Handbook for Women Who Do Creative Work. I had been living in LA and was feeling a bit creatively stagnant and getting a lot of emails from girls around the world asking me how I was living in LA, making it work as a freelancer, how I was pitching, that stuff. So I thought it would be really cool to try and get myself out of my rut by doing something creative, and doing something for other women. 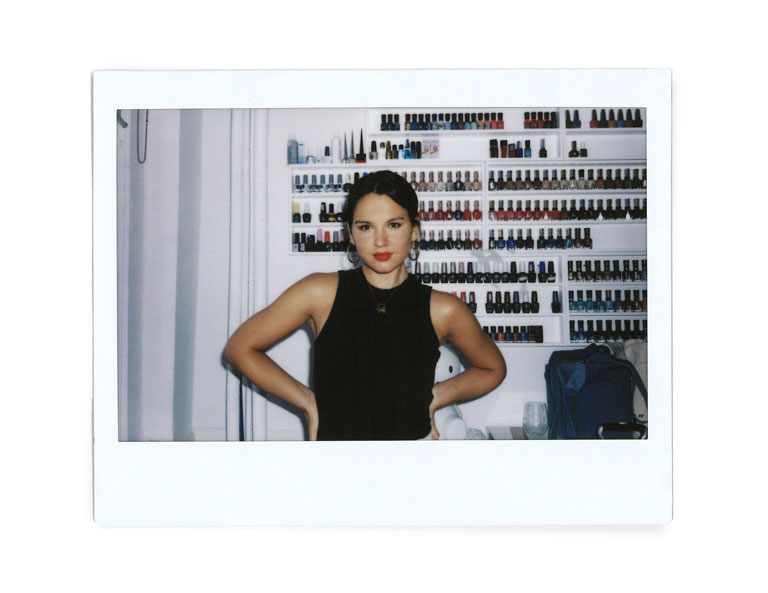 So, I self-published this little book, put some of the things I knew in it, and asked some of my friends to share their insights into how they were managing their careers. I got a girl to design it, found a printer in LA, and printed it. I think I sold all 400 copies online in 2 weeks, which was great considering I hadn’t done any press and I didn’t have any following for it. A few publishers ordered it, including this woman Ali from Prestel, who ended up getting in touch with me and asked if I would be interested in doing it as a bigger book. Of course, I said yes I would be interested!

How does this book differ from that earlier self-published book?
With The Working Woman’s Handbook, I already had a framework for what I wanted to talk about, but the content, aside from a few interviews I wanted to keep and expand upon, is totally new.

I wanted it to be applicable to women and, by the way, men! I know it’s marketed at women but there is, by no means, anything in it that’s gender-focused. If anything, I maybe should have touched on gendered issues more. It actually isn’t about dealing with workplace inequality or closing the pay gap because those are big topics I’m not scared to talk about; they’re just not things I feel I personally have a protocol to discuss. I have been self-employed all my working life, so figuring out how to navigate making less than your male coworkers is not something I personally know very much about and so I’m not going to try and talk about it. Maybe that’s the next book, I don’t know. 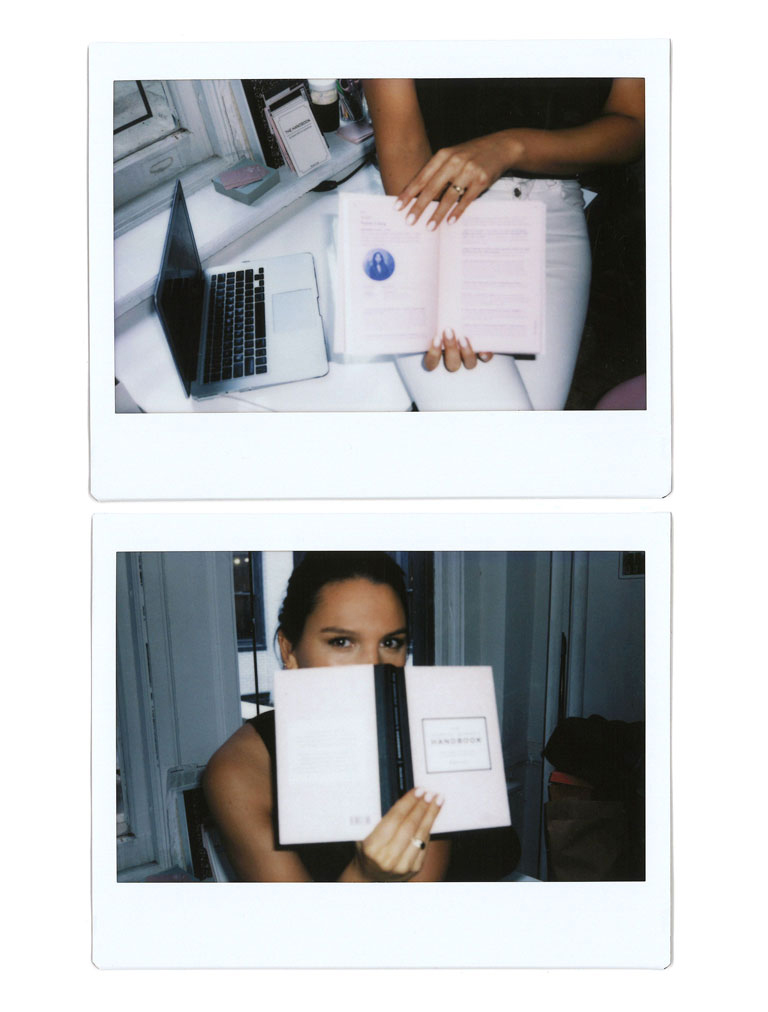 How is the book broken down?
I wanted it to be applicable to people at every stage of their careers, and also every area of your career. Because I don’t approach work or careers as this kind of thing that exists in solitary confinement, for lack of a better expression. I see career success as a part of life success. I don’t think you can create a successful career unless you know what a successful life means to you. So, Part 1 of the book is about the foundations of a career; Part 2 is about how to build your network and spread the word about yourself, especially if you’re independent that can be hard; Part 3 is about making it work (the subtitle is “Make Money, Spend Money, and Then Make Some More”); Part 4 is about working well, making sure you’re doing good work and your work is getting better. That part is hard when you don’t have a boss to gauge progress or to know what to do when you reach a point in your life where you want a change, but don’t know how to apply that to your career. And then the final section is about making sure you’re well in mind, body, and soul, because that’s such a huge component of being successful. If you’re not mentally and physically well, you can’t work.

And you’re not going to get better as you’re working more. I’ve heard you talk about self-care a lot. How do you actually find that balance?
Look, I say this to anyone: so much of what I do is try to figure out stuff for my own benefit. I am not someone who’s had a flawlessly positive, care-free, frolic of a career. Why am I talking about work in the first place? Because it has occupied so much of my mind frame. My own grapplings with how I feel about success and achievement and my self-worth as it relates to my career — I would say I am above average occupied with those things. But I’ve tried to pivot that into something positive. If I have any sort of grip on any of this I would say it has come very recently because I’ve thought about it a lot and asked other people what they do and tried things. I think so much of it is just learning to take the pressure off yourself. Do the best that you can with what you’ve got. 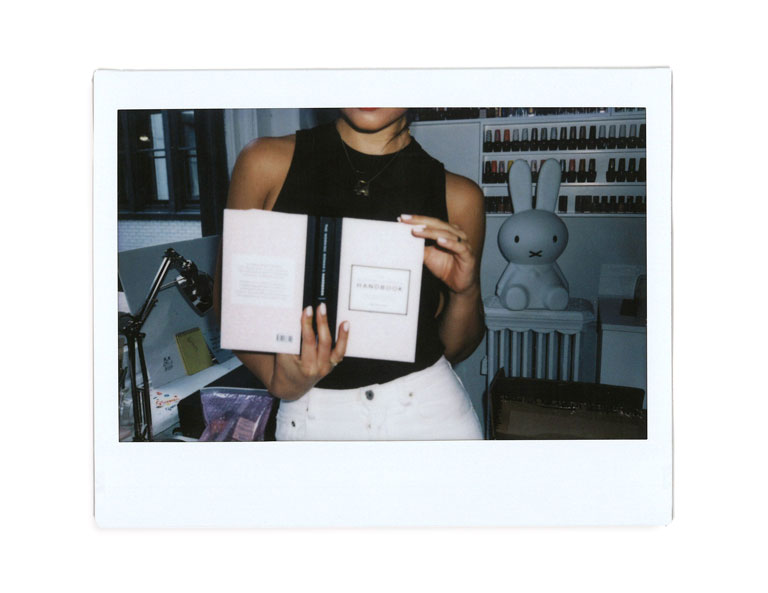 That’s funny you say that because people kind of geek out about you. People, like, push past me to get to you and talk to you. But as someone who knows you, I feel like you’re pretty normal. So I was wondering what do you think are the biggest misconceptions people have about you and about success?
That I’m rich! [Laughs] I do live a fab life, but trust me I’m hustling! I have been figuring this shit out for a long time. My life is pretty fab on lots of levels, but I still think about money a lot and I have to. But I’ve never equated success with money; it’s just not my priority. What I’m realizing now is that you can strive for success, but if you never allow yourself to feel successful, it’s kind of meaningless.

That can be hard if you’re driven and caught up in this culture of comparison, which we all are — and I think social media, unfortunately, has been a massive part of that — even if you have some day where you do something good, you can go on Instagram and see someone doing something bigger and better than you. You have to create some foundation for yourself that’s not rooted in constantly having something to announce. You have to find a way to pursue those important professional things and still maintain a sense of self-worth that’s not related to that.

Totally. I think it’s important what you said to allow yourself to feel successful. That’s tough.
It’s hard, especially if you’re alpha and really ambitious, as I am… and as most people in New York are. You don’t really come to New York unless you’re ambitious, or if you do you’ve missed something. Someone has miscommunicated to you what this city is about! [Laughs] There’s nothing wrong with being ambitious and I hope I never stop being ambitious, but there has to be a point where you go, “Okay, I’ve done okay.”

You’ve picked some amazing women to feature in the book. How did you go about choosing these people?
I’ve actively cultivated relationships with women I respect and admire. Some of them I’ve known organically, socially; some of them I sought out, like Sarah Law from Kara. Sandy Liang I met through the Nike project and she actually came to a WW Club event I did at Sincerely, Tommy. And then there’s someone like Penny Martin from The Gentlewoman, who I obviously don’t know — I think I just emailed her. She is a woman who is incredibly generous with her energy and time. And she is bu-sy!

It’s funny that you mention emailing Penny. I get a lot of DMs from girls trying to connect or looking for advice and I’m sure you do, too. What advice do you have for people wanting to reach out — what’s the best way to do it? I think there are a lot of wrong ways…
I agree, I agree! This is something I’m grappling with on both sides right now. I get a lot of emails from girls wanting help or advice or just wanting to have a coffee with me and I really don’t have such a high opinion of myself that I don’t want to connect with those women; I just can’t say yes to everyone, especially if they want to meet up.

I’d say have a clear ask. So often I get these emails, like, “Oh I’d love to get your thoughts…” And I’m like, I’m not that busy, but anyone who’s remotely busy doesn’t have time to research your project and synthesize that information. I like emails where someone says, “I just launched this new website. What do you think of the design? Or the name?” and then I can think about it and reply in 3 minutes and be helpful.

Also, never ever use the expression, “I want to pick your brains.” Even with your friends! It’s like saying, I just want to use you. Have a clear ask, send a short email, and where possible, leave it in such a way that that person can reply to you in 5-10 minutes. And be polite.

That’s excellent advice. On a final note, what’s your personal best piece of advice about work?
Oh my god there’s so many good pieces of advice in the book. I think the reason I picked the span of women in the book is that they all had different perspectives and they all had something different to offer. I mean, Elaine Welteroth knows a lot and has figured a lot out. The thing about Elaine I noticed is that she is curious and interested in other people. I sat next to her at a dinner recently and watched her get approached constantly to the point that she barely had time to eat and then had to fly somewhere else — and yet she was so engaged with everyone who talked to her. She’s got bandwidth for that because she’s a special person and that’s why she is where she is because her job demands her to have a lot of energy for other people. But even if you don’t have that role that requires that of you, no matter what you want to do, you really need to be curious and interested in people and things. I don’t believe in having one life passion. I think you have to find a way to be curious and engaged in life. That’s what following your passion should mean.

Find more of Phoebe’s work on The WW Club and phoebelovatt.com.

How to: Use Matcha Cleanser and Toner

Which Holographic Is Right for Me?

Everything You Need to Know About Blur Liquid Matte Foundation